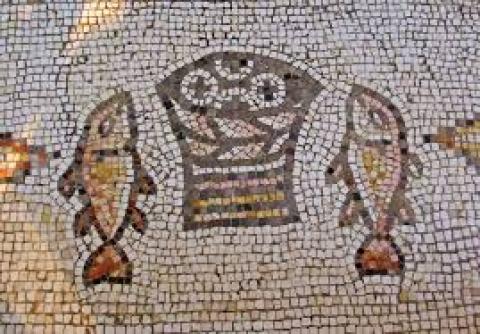 On April 24, 2013, a commercial building collapsed in the capital of Bangladesh killing approximately 1,129 and injuring 2,515 garment factory workers. On May 1, Pope Francis spoke out against the working conditions in the factory: “A headline that really struck me on the day of the tragedy in Bangladesh was ‘Living on 38 euros a month.’ That is what the people who died were being paid. This is called slave labor. Today in the world this slavery is being committed against something beautiful that God has given us – the capacity to create, to work, to have dignity. How many brothers and sisters find themselves in this situation! Not paying fairly, not giving a job because you are only looking at balance sheets, and only looking at how to make a profit. That goes against God!”

Marketing agencies are constantly fostering the idea that “more is better.” They even use the innocence and sweetness of children to entice us into this overarching paradigm that somehow growth is infinite. The global economy as we know it today is wedded to the essential character of infinite growth without consequences. In defense of that principle as more and more cracks appear, the rhetoric becomes harsher against those who might question its validity and offer options.  One option offered by our sacred scriptures is the economy of kinship which others have called an economy of sharing. This evening’s readings all emphasize this alternative.

“If a family is too small for a whole lamb, it shall join the nearest household in procuring one and shall share in the lamb in proportion to the number of persons who partake of it.” (Exodus: 12: 1-8, 11-14) This verse hints that we are really talking about something more than simple demographic size of the household but rather the household’s potential to afford a whole lamb. Thus, the reading says, you join your neighbor not just to eat a lamb but to procure a lamb which you then share equally based on the number of persons who partake of it. The emphasis is on equality of consumption and not on the procurement. The scriptures go out of their way to make a point of this without stressing the need for equality in the procurement. You don’t eat according to how much you contributed to buying the lamb. You all eat equally.

The second reading is Paul’s words that we often use to scripturally support the institution of the Eucharist. However, verse 22 not included in this evening’s passage sets the context for verses 23-26. Verse 22 says “Don’t you have homes to eat and drink in? Or do you despise the church of God and humiliate those who have nothing? What shall I say to you? Shall I praise you for this? Certainly not!”

Interestingly, tonight’s Gospel is the only one of the four Gospels that doesn’t include what we traditionally consider the scriptural basis for the Eucharist. Rather in John’s gospel the bread of life discourse in chapter 6 is considered the Eucharistic teaching. This discourse begins with the feeding of the 5,000 in which Jesus blesses the five barley loaves and two fishes. After sharing these gifts with all, the disciples gather the fragments that remained filling 12 baskets.  Symbolically, this refers to all 12 tribes living in abundance if all willingly share equally.

The countercultural significance of the economy of sharing is highlighted by the act of Jesus to kneel and wash the feet of his disciples. It was the act of a slave, a wife or a child and its incongruity is pointed to by Peter’s reaction. Peter’s reaction is often times similar to our reaction to proposed options to the tyranny of capitalism.