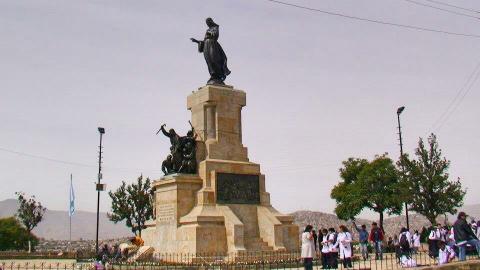 In the first reading from Deuteronomy, Moses spoke to the people, saying: "A prophet like me will the LORD, your God, raise up for you from among your kin; to him you shall listen." Psalm 95 relates the same message: "If you hear his voice, harden not your hearts."

Jesus is this prophet, and more, he is the Son of God. From today's Gospel, we can learn how to listen to Jesus and go about his mission. We find Jesus in the synagogue of Capernaum where he is confronted by a man with an unclean spirit: "A man with an unclean spirit cried out, "What have you to do with us, Jesus of Nazareth? Have you come to destroy us? I know who you are - the Holy One of God!" Jesus rebuked him and said, "Quiet! Come out of him!"

In the time of Jesus, people with different types of afflictions such as mental illnesses and epilepsy were considered to be possessed by an evil spirit. The term "unclean spirit" was used to refer to an evil demon or a disorderly spirit. The unclean spirit was considered harmful to the order of the assembly and the presence of God.

For the last year, through the Maryknoll Mission Center in Latin America, in Cochabamba, Bolivia, several of us have been assisting the mission formation of the parish of San Pius X. The Pastor asked the Mission Center for assistance to help the parish to be a "mission parish."

This is not an easy task today. All of us who are baptized as Christians are called to be disciples of Jesus, which means that we have a personal relationship with Jesus, and are called to participate in the mission of Jesus. It is important to ask the question: what does it mean to be in mission?

The parish is very close to the "La Coronilla" which is a hill that has a national monument on it honoring the women who defended the city during the war of liberation from Spain. Unfortunately, today, the hill is dominated by "cleferos" or glue sniffers. Clefa is the name of a glue that people sniff in order to get high. It is the same type of glue that is used by cobblers in the repair of shoes. It is very common to see these men and women sleeping in the parks or begging on the street corners. Many people fear these people and try to avoid them.

Some members of nearby Christian communities, along with the religious sisters of the local Catholic school, have been able to build relationships with some of the families on the hill, through an after-school program and the preparation of the sacraments.

Some of the people of the parish realized that they had a call to be prophetic, and to discern the will of God, in relation to their daily lives. Along with the Sisters, they developed programs to reach out to people in need, such as the families of the "cleferos". They do not approach these families as "saviors" or "messiahs" but rather, they come like Jesus, as concerned neighbors.

Jesus tried to avoid being recognized as the Messiah, as the Holy One of God, since this would cause confusion for his mission. He simply asked the unclean spirit to leave this man.

Today, as Christians, we are called to listen to the voice of God, to be part of prophetic communities that respond to concrete problems of our neighborhoods.