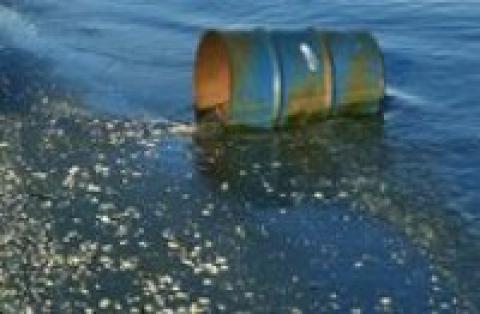 The readings for this Sunday re-affirm for us God’s love for the Israelites after the 40-year journey to the promised land; that Christ’s love makes us a “new creation” and that God’s love and compassion knows no bounds in the parable of the “prodigal son.”

My present ministry with the Justice and Peace Commission in Rome prompts me to reflect on the parable from a justice perspective. I suggest that we allow the characters in the parable to represent actors in today’s world who take various roles vis-a-vis our inheritance as Christians and as citizens of a global community. Using the prism of inclusion, this reflection invites us to imagine a better world for ourselves by collaborating with one another so that God’s Kingdom may truly come. I also suggest that we imagine the roles to include a possible scenario of a mother and two daughters as actors in the parable. How would we interpret this parable given roles played by women? For this particular reflection, however, I have chosen to stay with the male roles as originally presented in the parable.

Allow me to describe each of them as I invite each of us to identify with the characters in the parable. As we reflect on each of them, which one of these characterizes you more closely? Are you the parent or one of the two sons? How would you care for the Earth community by holding on to the values of the Kingdom – truth, peace, justice, and love?

The Father represents God, a parent who is compassionate and a generous source of all resources. The parent’s estate is divided between the sons. The parable presents a parent who provides adequately and ensures ample inheritance. With generosity, the parent decides to give in to the son’s demand even though he foresees it as a high risk. In today’s world, we find a 4.6 billion-year-old Earth community that provides for our needs and offers us renewable resources to use, re-use, and save. Comparably, God has risked dividing the world’s resources and trusts that we will use these responsibly.

The “prodigal son” is the younger son who represents the children of today’s world, global citizens who find opportunities to use Earth’s resources but often tend to squander them. We use air, water, minerals mined from underground, soil that nurtures food, and forests that give oxygen as though these were limitless. Like the prodigal son, our consumption patterns have placed a heavy toll on our limited inheritance. We squander Earth’s resources. Seeking profits, there are those of us in the world who demolish forests and create flash floods; destroy land and turn it to desert; waste top soil to mine gold, silver, copper, and other precious minerals; mix millions of gallons of water with sand and chemicals to “frack” and extract natural gas while leaving open air pits to release volatile compounds that create contaminated air, acid rain, and ground level ozone; and alter habitats to leave millions of species extinct. The list could go on and on.

Just as the elder son in the story accuses his brother of squandering property “with prostitutes,” advocates today speak of raping the Earth. Abusive agricultural practices rob the soil of its organic capacity to produce safe food; farmers aim for higher yields with dependence on chemical fertilizer; and corporations lure farmers to produce more with commercially sold seeds. But the irony is that there are now a billion people going to bed hungry in the world, unable to feed themselves, unable to earn enough to buy food. The wasteful children of the Earth wake up to the shock of breathing polluted air and drinking unsafe water. We are among those who need to change our wasteful habits and to reverse the destructive processes to save our Earth community. We have been wasteful, not prudent, failing to save for the future to sustain life on Earth. Aren’t we also “prodigal”?

The elder son is hard working compared to the younger son; he feels that he has done the right thing by staying with the parent, perhaps too afraid to risk and valuing security above all. He is simply preoccupied with work, expanding the estate, and feeling good in doing what he thinks is expected. The parable presents an elder son who has an unhealthy relationship with his brother. He blames the parent for pampering his squandering sibling but is jealous that his father does not throw a party for him and his friends. He has money, properties, and all that the father has is his. He represents the righteous part of all of us when we think we know the right thing to do but blame others for their failure to save the environment as though we had no part in causing it. We resemble the elder brother when we only complain but don’t care enough to bridge our differences, to challenge and encourage the other to effect a change of lifestyle. We blame people and institutions who have the power to make good decisions but fail to change things. Like the elder son who prefers to stay outside the house, outside the community (when he finds that his father welcomed his brother back), we exclude ourselves from taking more responsibility for the entire Earth community, after thinking that we have done much ourselves.

With a parent unable to direct a son before he leaves home and wantonly uses up his inheritance, and a son who excludes himself from the family, the situation appears to be grim. What does Jesus teach us through this parable? First, I suggest that as parents who provide for others’ needs, we sometimes fail to look beyond our family situation. Comfortable with wealth, we do not look beyond the implications of giving in to the whims of a demanding dependent. Having so much wealth and means, could we imagine where this parent comes from? Perhaps from the First World? Or pockets of plenty? What would it mean to look beyond boundaries and share food, shelter, clothing, and education with those who cannot have these? The parable calls us to relate to the world as a community, where not only sons and relatives are entitled to a good life, but where we can share its bounty equally with the poor and needy others.

Many times, we easily become oblivious of the needs of others and only think of our responsibility to our immediate families instead of extending this responsibility to a wider global community. What other perspectives could we describe as working for justice, peace and integrity of creation in the world today? The parable invites us as parents of families and leaders of communities to think and act beyond the “needs” of the two sons who “belong,” to go beyond family borders to respond to other people’s situation around the world where so many are dying of hunger and have no resources to improve their lives.

Second, the younger son is only thinking of self, of the money to spend the way he chooses to because it is his inheritance and he has a right to do as he pleases. To work for justice means to go beyond spending for one’s own pleasure with friends alone. It means that we expand our concept of family and community to include those who are neglected and oppressed, the dehumanized. Personal and communal transformation is based on a new awareness of our self-centered tendencies and on a new direction to reverse habits that destroy the Earth. It means that we recognize our failure to include others, ask forgiveness for the inability to practice inclusion as Jesus did. Being a part of the Earth community calls us to be responsible for the other members, human and non-human alike. To change, we want to share more, humbly affirming that the wealth of this world is for all the members of the community. We learn from our parent’s goodness, compassion, and generosity. We resolve to start all over again with new energy and, in Paul’s words, we become a “new creation” having the mind of Christ, leading others to the Kingdom of God. Working for justice means going beyond the personal and engaging in actions that influence and change structures and systems that make people less than human.

Thirdly, the elder son is furious; he lacks attention from the parent whom he expects to reward his hard work. This child is righteous and represents those of us who always do the right thing, who always think of being better than others yet blame others for not doing what he expects despite his decision to stay with the father. Through the parable, we are invited to recognize our preference for security which is ensured by staying with an authority figure. The elder son is unable to identify with his sibling who has left him to do all the work but also ignores his need for a sibling. There is no sense of family in him, only that he wants to be rewarded with a party for his hard work. He feels excluded because he has opted to exclude himself, thinking that he is the better son.

In looking at an invitation to go beyond our comfort zone, I suggest we take a look at our personal and institutional relationships in the context of the Earth community and to collaborate with others who can stretch us to do more. Collaborating means working with one another and pooling our resources in order that we may respond better to problems of global proportions. By continuing to go beyond the narrow confines of our small families and communities, we are drawn to get involved in the anxieties of the larger world community where families and communities are constantly fighting for resources and where conflicts have led to wars and migration. As Christians, we are invited to take as our own, the grief, anxieties, and joys of the world. (Gaudium et Spes). We are called to share resources beyond national borders and to think global. The good news that this parable brings to us is the invitation to expand our vision of family to that of a global community; being members of the Earth community makes us accountable to this larger reality.

A responsible way of acting in our world today is a way of ushering the Kingdom of God. As we continue to take the opportunity to follow Jesus more closely this Lenten season, let us to work for the vision of God’s Kingdom. Working for justice and peace is a central dimension of Christian life. Let us be grateful for Joshua’s example of faithful leadership and those of others that lead us into the Kingdom; for the conviction that we are a new creation when we take on the mind of Christ who was selfless unto death; and for opportunities to make God’s love visible through love and compassion for all who are called to be partake in God’s banquet.