Fourth Sunday of Easter (Year B) 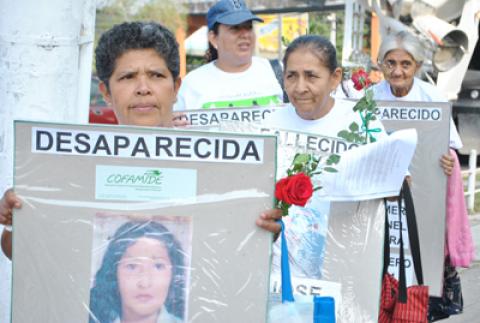 The following reflection, written by Sr. Carol Marie McDonald, was published in A Maryknoll Liturgical Year: Reflections on the Readings for Year B, available from Orbis Books.

Today’s gospel presents one of the strongest claims that Jesus makes for his followers; claims that make his opponents more than a little uncomfortable. It also challenges us to ask ourselves as church, Christian communities, pastoral agents, and citizens aiming to serve, if we ourselves are good shepherds.

My context is El Salvador where the climate of violence leads many, especially the young, to immigration.

The shepherd of ancient Palestine or Asia Minor had to be tough, working often in areas of sparse growth, frequently amid dangers from wild animals and sheep thieves, especially at night. Chapter 10 of John’s gospel reflects that reality.

During the course of human history, often under cover of darkness, people have been forced to leave their places of origin looking for food, water, or simply to survive. For the majority of the Salvadorans, immigration has been the product of violence directly or indirectly perpetuated by the government or its allies, either by abuses from the security forces or through economic policies that can only guarantee a minimum sustenance for the great majority of the people. Immigration of the Salvadoran people has had devastating consequences on the social fabric of the country.

In our time, in El Salvador, the “coyote,” a name taken from a resourceful, cunning wild animal, has been seen as a trusted guide and companion for a difficult journey through rough places. But things have changed. It is no longer with one person with whom the migrant has made the contract. Often migrants are passed from one person to another, and become victims of kidnapping, extortion, or worse fates at the hands of gang members or others involved in international organized crime.

In recent years, I have been a member of the Justice, Peace and Integrity of Creation commission of the El Salvadoran Conference of Religious. Although as a commission we are also involved with issues of mining and water, our concentration has been with immigration and human trafficking, which in El Salvador and other countries of Central America are closely related. We try to be “shepherds.” We conduct workshops and provide materials for students, educators, parents and communities on the risks of undocumented immigration, the reality of human trafficking and what people can do to protect themselves and their children from being victimized.

In May 2013 we joined forces for major events with other groups, Catholic, Protestant/evangelical and other human rights groups: academic groups that work principally on investigation and international net-working, families searching for disappeared members, groups of lawyers offering services to victims of human rights violations.

We’ve learned so much by this collaboration. One group, comprised of families of disappeared, are officially a non-denominational group, but are mostly evangelical Christians, many from impoverished communities distant from the capital. In a preliminary meeting as we were presenting our organizations and how we worked, the leader from COFAMIDE (Committee of Families of Deceased and Missing of El Salvador) said, “The first thing we do when a new person comes to seek help in search of a family member is serve them a plate of food and make sure that they have a place to spend the night. They have already gone through so much pain and sorrow, we need to give them hospitality to help them in their search.” Her simplicity and total generosity brought tears to my eyes.

Perhaps we need to understand the phrase “lays down his life” as “gives his life.” Jesus’ gift of life did not start with his death on the cross, but with his constant awareness of those in need and his spontaneous generosity which knew no bounds.

There are so many people from Central America through Mexico and many parts of the United States who have given food, shelter, and a listening ear to the migrant passing through. Today we are challenged to join efforts with those who are seeking to be good shepherds who give their lives for others.