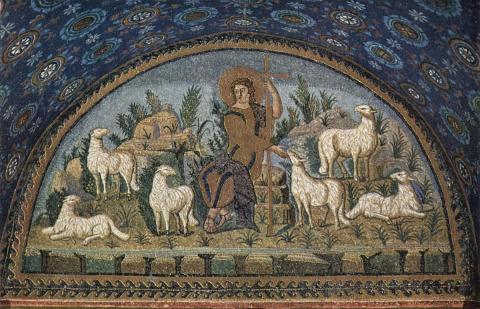 Maryknoll Father Shaun Crumb writes from China about our call to be good shepherds for our youth in the United States who are crying out for protection from gun violence.

I don't need to worry about my students' safety or my own safety in the classroom because China doesn't allow the private ownership of guns.

Some might think China is not safe because the people do not have the right to bear arms. Well, my experience has been that students and teachers in China are not worried about getting shot while studying and teaching English, Science, or Math.

China is a population of over 1.3 billion, four times the population of the United States; yet zero school shootings have happened. Chinese schools don't live in fear of a mass shooting because students cannot buy or own a gun.

School shootings are a uniquely American problem. In the United States there have been 146 school shootings since the year 2000. "Compared to 22 other high-income nations, the U.S. gun-related murder rate is 25 times higher,” researchers said in a study published in the American Journal of Medicine in 2016. “Although it has half the population of the other 22 nations combined, the U.S. had 82 percent of all gun deaths, 92 percent of young people between ages 15 and 24 killed with guns."

The Apostle Peter, filled with the Holy Spirit, said, "He is the stone rejected by you, the builders, which has become the cornerstone." This is what is happening to our young people every time there is another school shooting. We are not protecting our children; we are rejecting them. We continue to crucify Christ by allowing more gun violence to happen in our schools without more regulations and limits on the purchase of guns. Heaven forbid we actually decide to ban guns and be more like other countries, even China, then the youth will finally be out of harm’s way from gun violence in schools.

We can become frustrated, angry, and even depressed if we don't look to the resurrection of Christ during the Easter Season. What can possibly be the Good News during such a horrific scene? Many people at Marjory Stoneman Douglas High School in Florida acted like the Good Shepherd during a time of terrible violence. In the face of death, students, staff, and teachers acted like Christ who laid down his life for the sins of the world. They too were the good shepherds, Christ's body and blood made flesh through the selfless act of laying down their lives for the innocent.

Anthony Borges is a student at Stoneman Douglas High School who risked his life and was shot five time, to save his classmates. Like the good shepherd protecting his sheep at night by lying down in the sheepfold to protect the sheep, Anthony, used his body to block a classroom door to protect his classmates.

Aaron Feis was an assistant football coach at the school who also acted out of love for his students, when he ran to their aide and threw himself down, shielding three students from the bullets. He gave up his life for his sheep. Jesus said, "I am the good shepherd. A good shepherd lays down his life for the sheep.”

We are all called to be like the good shepherd. Are we willing to sacrifice our lives for the good of others? Are we even willing to make a small sacrifice for our young people, even if it means limiting our "so called" freedom?

We are called to be good shepherds for our youth by protecting them from senseless violence, especially gun violence in our schools. We cannot reject the cornerstone and foundation of our society by allowing more youth to die in our schools. Maybe we should ban guns, maybe we shouldn't, but something needs to change to protect our children. We may need to look outside ourselves to other countries, to make our schools the safest environment to protect our sheep.