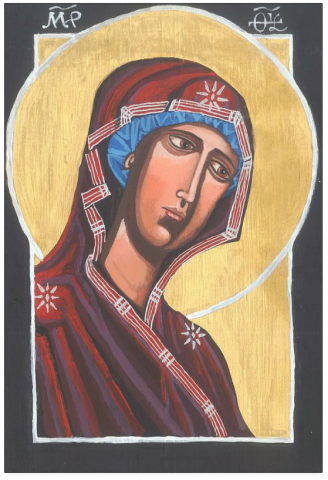 Maryknoll Sr. Veronica Schweyen reflects on the opportunity to prepare our hearts to be open to whatever God has in store for us.

Today, we draw close to the wondrous feast of Christ’s birth. We know that Advent is showing us the connection between memory and hope that we cherish. Advent is a time of preparation and it intends to show us the basic emotional memory we have, that is, memory of the child who was foretold – the Saviour who became a child. This memory of old is a healing one that brings us Hope.

The flock of Jesus

In the first reading from the Book of Micah, we have the prophet foretelling that one whose origin is from old ancient times, the one to rule Israel, is to be born in ‘the smallest of villages, Bethlehem’, there in Judea. In this prophetic passage, this savior shall “stand firm”, shepherd his flock, and “his greatness shall reach to the ends of the earth.” We see that Jesus did “stand firm” in the face of the Pharisees who opposed him and those in power who were probably threatened by him. The people in power saw that the poor and the peasants were flocking to Jesus.

Whom do we see as the “flock of Jesus?”

If we have read the Gospels – it is clear that the people on the margins who flocked to him were the poor, as they were with him while He was alive. Jesus said, “Blessed are the poor in Spirit” in the Beatitudes, and later he said “They were like sheep without a shepherd”! He is reaching out to them.

Advent is a period of “repenting and renewing” ourselves as we continue on the journey of our lives. It is a time when we can use to reflect on the things that don’t bring us closer to God and that we can change! Have we examined our conscience enough in order for us “to see” where we may have failed, and then we can make decisions on how to change for the better.

We can use this Advent as a time to “chip away the layers of veneer under which our personality hides.” (from Jim Reagan, Catholic Worker, Dec. Issue, 2018). There are so many ways in which we tend to put ourselves first instead of truly acknowledging the needs of another person and working to help them.

In Luke’s Gospel of today, we are put in the presence of Mary, a teen-age girl who is pregnant. She had shown her humility when she accepted the message of the angel and all that it entailed, and she said, “Be it done to me according to your word. (“Ecce Ancilla Dominie”.)

Mary soon sets out on a journey by foot as there is no description of her using a donkey. Mary goes to the hill country which may have been a hazardous trip for her. Her basic thought was to be there with her cousin Elizabeth who is an older woman who is also with child. It is a very touching scene, as Elizabeth cries out the prophetic words, inspired by the Holy Spirit. “How does this happen that the Mother of my God should come to me?” Mary has shown this wonderful spirit of caring for her older cousin.

We approach this holiest of days, and may our hearts be swept clean, as we have reflected on and have changed our lives during this season. Our hearts can be open to what “God has in store for us” as we celebrate the coming of the promised One. And as Mary had replied, may we be able to say, “May it be done to me according to your wish.