First Sunday of Lent (Year B) 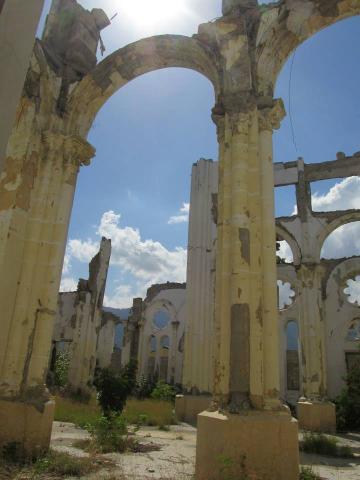 As we enter our Lenten journey, this Sunday’s readings raise issues of suffering and temptation, and remind us that God walks beside us as we struggle toward redemption.

The Catholic cathedral in Port-au-Prince, Haiti, stands in ruins, destroyed in the January 2010 earthquake. A glimpse of its past beauty can still be spied in the slivers of stained glass window that cling to crumbling archways.

Even before the quake, the people of Haiti had experienced more than their fair share of suffering: Severe poverty. Grossly inadequate education and health care services. A devastated natural landscape. A shaky national government struggling to find its democratic footing after years of a U.S.-backed dictatorship.

Jim Rice writes in the February 2015 issue of Sojourners, “The nation of Haiti was born out of a rebellion that overthrew one of the most brutal systems of slavery history has seen – creating in 1804 the hemisphere’s second independent republic and the world’s first nation founded by freed slaves. The U.S., wanting to squelch any hopes for freedom among its own enslaved population, saw its Caribbean neighbor as a threat and undercut the fledgling republic at every turn.”

Much (but not all) of Haiti remains in chaos five years after the quake that took hundreds of thousands of lives and left millions homeless; makeshift neighborhoods of shelters made with tarp and tin still stretch across the city. Women and children walk miles every day to collect potable water. Vendors wake before dawn to find a spot on the crowded sidewalk in the hopes that enough customers will buy their fruit or vegetables or other goods so that they can pay their bills.

The suffering endured by so many Haitians is not romantic; it is gut-wrenching and dreadful. It can also be placed squarely at the feet of an unjust economic system that continually rewards greed and that treats humans as nothing more than expendable capital. We must remain vigilant in our efforts to address the unjust structures and power arrangements that feed into this horrific reality.

The suffering, however, also can be a foundation for profound faith and strength – the determination of Haitians to move forward, to continue to choose and celebrate life in all its forms, knowing that God is with them in their sorrow and in their joy, is a tremendous gift to witness, and when possible, to accompany.

During a recent visit to Haiti, members of a Maryknoll delegation from the U.S. had the privilege to meet several Haitians who are committed to their country and who not only believe in their compatriots but strongly trust that God is with them and has not abandoned them – God has walked through the dark valleys, too, and knows their suffering. They include teachers who have not been paid for three months, a doctor who has rebuilt the clinic he lost in the 2010 quake, a priest who is committed to providing schooling for hundreds of children even if they cannot afford it, and young men who want to teach peacemaking and reconciliation skills to children in the most violent area of Port-au-Prince, just to note a few. 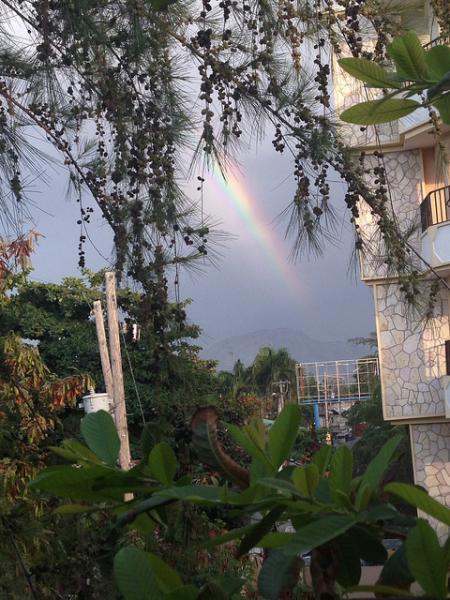 At the end of the visit, delegation members were urged by former foreign minister Claudette Werleigh to tell their friends and family back home about Haiti’s resilience, its faith and optimism, and its determination to survive on its own terms.

On the delegation’s last evening in Haiti, a rainbow formed in the sky over Port-au-Prince. “This is the sign that I am giving for all ages to come, of the covenant between me and you and every living creature with you: I set my bow in the clouds to serve as a sign of the covenant between me and the earth.” What a message to receive – despite the pain, the incredible losses, our creator remains with us, and has promised to stay with us always.