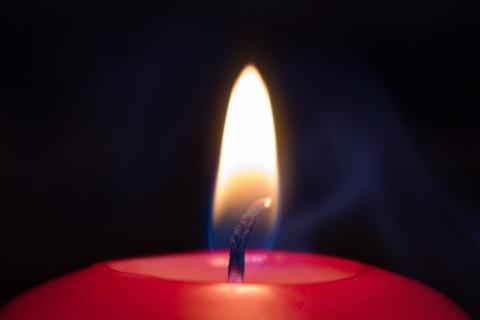 In his newly-released message for the upcoming World Day of Peace on January 1, Pope Francis turns our attention to the world’s 250 million migrants, of whom 22.5 million are refugees. His message poses the question, why so many migrants and refugees? Pope Francis answers this by considering the many conflicts forcing people to leave their homelands, but he notes also the desire for a better life. They are women and men in search of peace, the pope says.

Growing up Catholic and attending parochial schools, I was reminded at the annual liturgical turn of the perennial Advent themes of hope and preparation. Whether from my mother after we finished saying grace around the dinner table or from my teacher, Ms. Raley, in front of Saint Ann’s School seventh grade religion class, reminders to “be watchful” and to “be alert” were pervasive in the weeks leading up to Christmas.

In my younger days, it was easy for me to interpret these as prompts to keep watch for Santa Claus coming down the chimney or the Christ Child in the Manger. Drafting and sending letters to Saint Nicholas or incrementally maneuvering the crèche were our expressions of hope and preparation, our ways of being “watchful” and “alert.” As the years went by, these rituals transformed from ends in and of themselves to symbols of the Spirit of the season and reminders of the consequence of awareness.

The authors of the Gospel of Mark tell us to “be watchful,” and “be alert.” This week’s passage, intertwined with apocalyptic language, has been interpreted by many Christians as a challenge to the status quo: to remain watchful in the struggle for justice and peace.

The command “Watch!” has particular pertinence in light of Pope Francis’ call to embrace migrants and refugees searching for peace.

In my time as an English as a Second Language (ESL) teacher in and around Washington, D.C., I worked primarily with communities of migrants and refugees. Many of my students were from Central America (Guatemala, Honduras, El Salvador, Nicaragua) and recently arrivals in the United States. The new language was as foreign to them as the new culture. The majority of my Latino students had fled the war, hunger, poverty, and environmental degradation of which Pope Francis speaks.

Ximena from rural Guatemala told me how the land where her family farmed and lived was taken from them by elites and foreigners.

Osmin recalled the poverty and violence in San Salvador that killed friends and family and drove first his brothers and then him to the United States in search of opportunity and peace.

Delmy reminisced about each member of her immediate family in Honduras. She was the only one in the United States, living with a cousin and sending money back home. “They are in bondage in Honduras,” she would tell us, “they do not have a choice. I can only learn and work and send them money but I want us to be together.”

The stories from my students shook me. They awakened me and made me more intimately aware of the plight of the migrant and the refugee.

Pope Francis reminds us, “People migrate for other reasons as well, principally because they ‘desire a better life, and not infrequently try to leave behind the hopelessness of an unpromising future.’ They set out to join their families or to seek professional or educational opportunities, for those who cannot enjoy these rights do not live in peace.”

As we begin this Advent season, open to the Spirit and in search of hope, I find solace in the words of Pope Francis: “to view [global migration] with confidence as an opportunity to build peace” and in the Gospel of Mark: “Be watchful! Be alert!” Women and men, migrants and refugees, searching for peace beg for our attention and compassion. Will we see them?