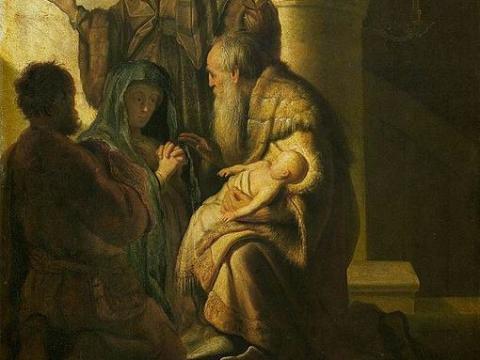 When I was a little kid, riding with my dad in his car one day, I was scared. We were going down the street on the wrong side, against the traffic. We were probably going to the liquor store to get some more gin. My dad was drunk.

My dad fought all his life to overcome alcoholism. I learned very young that for a true alcoholic, even one sniff can set off a huge need to drink. I saw my mother's tears but knew she would die a thousand deaths before even thinking of leaving him and the four children. I knew that there was no power on earth that could stop my dad's need to drink, and yet, there was one power.

After drinking, usually for several weeks, my dad would end up in bed for maybe two or three weeks, helpless. Finally, he would say, “Call the priest.” The priests always came to the house. He was a young, vital man and the house usually lit up upon his arrival.

He and our whole family would go to my dad's bedroom. We would all gather around the bed and my dad, beginning with my mother, would ask each of us for forgiveness. He would then ask the priest to take his pledge before God not to drink. This pledge was usually for a year, although one time he told the priest he wanted to take the pledge for the rest of his life. The priest consulted with my mother and they decided, no; it would be an almost impossible burden to fulfill.

So our family lived together for years with my dad's alcoholic problem. We were not a perfect family and like all families, we had a million problems.

After a short career as a commercial artist and two years in the Army, I decided to become a priest. Family and friends help me to arrive at this decision.

As a Maryknoll Missioner in Central America and other parts of the world, I have come to realize how fortunate I am to have had, in spite of weaknesses, a loving family.  More than my dad's drinking, I remember his kindness and faith and courage and hard work as a traveling salesman. We all went to Mass every Sunday and tried to live the message of Jesus.  I had a great gift. I had a family.

How many people in this world have no idea what a real family is?

In my last years in Guatemala, I worked in a huge, mostly rural parish.  I admired so many women at the 7 o’clock Sunday morning Mass. Many had already been up for hours, bringing as much as they could manage on the bus. They would sell chickens, oranges, whatever, in the Sunday market. They always made time for Mass. Many were single mothers and grandmothers. As I shook their hands at the Kiss of Peace in the Mass, it felt to me like shaking the hands of a lumberjack. They were so strong. After Mass, I would see them and many others saying a brief goodbye in front of the statues of Jesus, Mary, and Joseph. They prayed their hearts out. They knew the Holy Family understood well their trials and tribulations.

As we celebrate the Feast Day of the Holy Family, we remember the words of Simeon to Mary and Joseph: “You will suffer much for this baby and that baby is Jesus, the savior of the world.” The Holy Family inspires us today and always with real love and stability in a violent world.

Jesus, Mary, and Joseph, we pray to you especially today for our families and all those who have no family. Amen

Father William Donnelly, the first of his family to graduate from college, had aspirations of becoming a commercial artist after taking courses in life drawing, design, and every art class available at Bradley University in Peoria, Illinois. However, his plan was delayed by the draft. While working at Ft. Crowder, an Army prison in southwest Missouri, he began thinking about becoming a Catholic priest. After his honorable discharge from the army, Father Donnelly worked as a commercial artist before entering Maryknoll in 1958. Father Donnelly was assigned to serve on mission in Guatemala in 1965, where he stayed for the next 50 years. He now resides in El Paso, Texas.