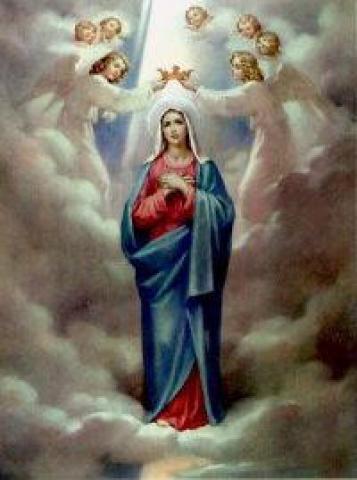 Fr. John Sullivan, MM, who served many years in Hong Kong, wrote the following reflection which was published in A Maryknoll Liturgical Year: Reflections on the Readings for Year B, available from Orbis Books.

Mary set out in haste to be with her cousin Elizabeth as they both prepared to bring new life into our world. And in Hong Kong Katherine arrived in haste and terror in August 1963, asking me to do something for her unconscious husband, Moses. Mary did not know what she was getting into, nor did I!

Katherine, Moses and their five children, the oldest of whom was nine, had recently come to Hong Kong from a village in China. All the families in the village had been Catholic for over 100 years; the Chan family chose to flee to Hong Kong in the face of persecution. All seven members of this family lived in one room in an early Hong Kong government housing project, along with another 340 families in the same building.

Moses was admitted to Our Lady of Maryknoll Hospital and was lovingly cared for by the Maryknoll sisters. I visited him a number of times during his short stay in the hospital; he was well educated in scripture and a truly faithful man. He soon discovered that he was dying of cancer and after entrusting his wife and five little children to the sisters and me, simply said he would join his ancestors, Jesus and Mary, on the Feast of Mary’s Assumption.

A Chinese Catholic euphemism for death is translated as “to go up to Heaven”; Assumption is Mary’s “Shing T’in,” “Up to Heaven” Feast. Moses, who had only one arm, did join in Mary’s Assumption. His reply to my question about his one arm was simple and direct: “God only gave me one when I was born; I will have two arms when I ‘Shing T’in.’”

We believe Moses and all of our ancestors are fully alive in God now with no diminishment. Katherine and their five children, with the help of many friends and me, their adopted “uncle,” are still living in a more prosperous Hong Kong, and like us will live forever.

Mary had her Assumption; Moses had his; each of us and every creature big and small are still awaiting our own moment of full communion in God with all that was, is and will be. This communion calls us now to make connections with all creatures, all human beings as members of the same family, to become more aware of our connection with God revealed in every creature.

Mary’s Assumption reminds us that this woman’s body, all our bodies, the body of the earth and the cosmos are all being lovingly created in each moment in time, and will be forever one and complete in our ever creating God. We recognize this oneness when we respect our environment, when we embrace sufficiency of material goods for all, rather than the false promise of unlimited growth on a limited planet for the few. We are seeing more clearly that respectful caring for all our bodies, the body of the earth and all its creatures, big and small is an expression of God caring for all creatures. It is our way of thanking the Loving God creating us still. We are all interconnected with each other and in God.

We continue to discover that wars and violence do not rid the world of our enemies but only increase our divisions and conflicts. Our wars and violence maim and destroy the same bodies that we believe are already one in the Body of Christ, that we believe will have their own assumption. “Whatever you do to these the least of my brothers and sisters, you do to me.” These “least” today certainly encompass exploited women and children, brothers and sisters murdered in war, our earth being depleted of its non-renewal resources.

As we celebrate the mystery of Mary’s Assumption, let us celebrate our oneness with friends like Moses Chan, all our relatives and friends who did “Shing T’in” before us. In family, society and politics we will continue to seek dialog with rather than defeat of our “enemies.” We will combat terror by fearlessly trying to understand the roots and causes of hopelessness and desperation. We will join with others of good will in promoting peace and justice for all, rather than domination by the few.

During our pre-Assumption days let us with Mary say: “The Mighty One has done great things for me, and holy is his name. His mercy is for those who fear him from generation to generation” (Luke 1: 49-50).