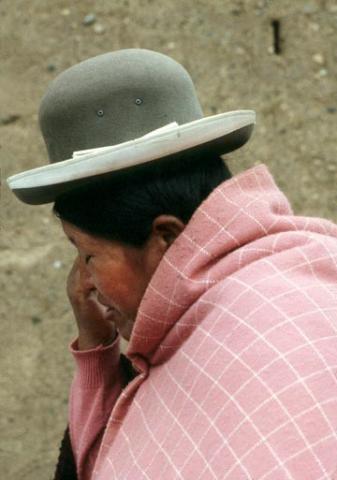 Women are the protagonists in three of the four readings for today’s Feast of the Assumption. Empowerment, sustenance and blessings for those who align with God’s ways are themes present in all them. For our part, where we live, with whom we associate, and how expansively we relate to the world will have a good deal to do with the extent to which we understand and incorporate these readings into our own lives.

There is some question as to whether the woman in the first reading from Revelations is representative of Mary, the mother of Jesus, or of Israel. We also know from scripture scholars that Mary’s Magnificat (Luke 1:46-55), a beautiful canticle of praise and faithfulness, in several ways mirrors Hannah’s prayer in 1 Samuel, as well as passages in 2 Samuel, parts of Psalm 72 and proclamations from the prophets, especially Isaiah. As faithful, young Jewish girl of her time, Mary was most likely very familiar with these passages from the Hebrew scriptures.

The levels of insight and contextualization available to us through scriptural scholarship help to open up for us an access into the readings we might not otherwise have had. That said, one of my deepest insights and most appreciative glimpses into Mary’s canticle of praise did not come to me via scholarship, but from an old peasant woman whose name I never learned. I simply called her the “Chicken Lady.”

In the mid-1980s as Maryknoll lay missioners, my wife, two young daughters and I lived in a poor urban barrio on the outskirts of Quito, Ecuador. While running water and electricity were erratic, trash pickup took place every day, save Sunday. As was customary each day for all of us in the barrio, one spring morning I placed our small container of garbage on the sidewalk outside the front door. Just as I was turning to go back inside, I saw an elderly indigenous woman approaching with a scruffy malnourished dog a step or two behind her. She was dressed traditionally in many layers of skirts, a colorful, if threadbare, top and brown bowler hat. Before I could say good morning, she nodded at me, reached for the garbage pail and began to search through it.

I froze for a second, trying to find the right words: “Señora, please stop! We have food inside. Do you need money?” I was quite sure she was Quechua-speaking, but Spanish was the best I could do. Before a single word made its way to my lips she slipped part of a chicken carcass – skin, gristle and a tiny bit of meat still attached – into the plastic bag tied to her belt. I still had no words.

She looked towards me, her eyes still down-facing, and with a small smile and in a raspy whisper said, “Le agradezco, Señor” (“Thank you, sir”) and moved on to the next household. I never saw her again, but to this day, I remain struck and humbled (and a bit confused) by how her simple expression of gratitude filled that spring morning.

I would not want to romanticize this woman’s very difficult life. Poverty, disenfranchisement and the structures that promote them need to change, urgently so for billions of people. Yet, for just a moment I could almost hear Mary singing her Magnificat in this indigenous woman. I have no way of knowing if the Chicken Lady somehow knew that her soul “magnified the greatness of the Lord,” or that God looked with favor on her, but I clearly knew that. I only wish I could have found a way to tell her so.

The Feast of the Assumption commemorates the death of Mary and her bodily assumption into Heaven at the end of her earthly life. It is one of the oldest of the Church’s feasts, celebrated universally by the sixth century, and defined as dogma by Pope Pius XII in l950. Some speak of this as a foretaste of our own bodily resurrection at the end of time. It is perhaps difficult for our human minds to grasp the full meaning of the Assumption. Through the years the Church has spoken to the significance it should have for us. While that has given some clarification to help our minds assent to the importance of the feast; straightforwardly, it probably cannot (is not meant to) engage our hearts and spirits as much as reading the story of Mary’s visit with Elizabeth in Judah; listening to her proclaim the beautiful canticle of the Magnificat; or, for me, the Chicken Lady’s expression of gratitude when she would seem to have had every right and inclination to be angry and bitter about what life had dealt her.

Somewhere in his writings, the Protestant Hebrew scripture scholar and theologian Walter Brueggeman suggested that the fundamental question for all Christians can best be expressed in the question, “Do you hear your sister crying?” For, in whichever corner of the world where there is suffering, almost inevitably it will be at least a degree worse for the women there. The celebrations of Mary’s feast today might prompt us to ask ourselves if we do hear our sister crying.