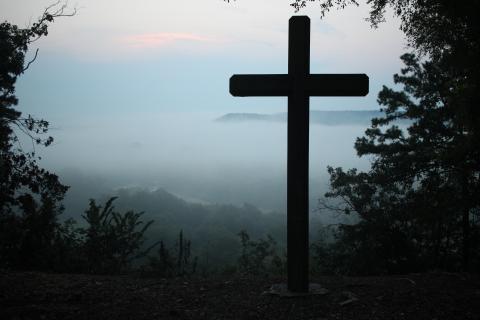 Sr. Mary Ellen Manz, MM, reflects on the meaning of Easter in light of her mission work in South Sudan and Chile.

The most important celebration of the year for all Christians is Easter – the celebration of the Resurrection of Jesus from the dead. We, too, listen and renew our faith as Paul assures the people of Corinth of the truth of Jesus’ death and his resurrection on the third day as he had foretold, naming all the hundreds of disciples who had testified to Jesus’ appearance to them and to the apostles and to him, Paul, saying, “Last of all, as to one untimely born, he appeared also to me.”

In all four Gospels we are told in great detail of the death of Jesus, and how deeply his followers mourned his death, when suddenly, he was everywhere, appearing to Mary Magdalene, to the apostles, even eating with them, and to his disciples.  It is only when he speaks that they realize it is truly Jesus, risen as he had promised!

Once in a very remote village in the South Sudan I was teaching about God’s eternal love for us. The children had never heard such a thing before. To them, the gods were mean and seeking reasons to punish them, so this was good news, indeed.

Not very long after, some of the older boys were asking how they could become Christian. It would not be easy. They were required to attend catechism classes for an hour each day after their regular school classes for 2 years, then, after Father Tim, our parish priest, tested each boy individually and if he thought they understood the responsibility they were taking on, and only then, were they ready to be baptized.

We had no electricity in the rustic classroom we used for Masses, so Easter Sunday Mass would be celebrated after dawn. As I sat waiting and wondering, “Will they come?”, suddenly, I heard the beat of drums and singing in the distance, and after a while I saw them coming, single file across the savanna, not just those to be baptized, but people from many homesteads far and near to witness this event.

The crowd was so large that we ended up having the Mass in an open field. Father Tim had cut the lower part of a diesel drum as a baptismal font and when it was time, the youths to be baptized lined up, each one in turn, professing his faith in Jesus Christ, being anointed and stepping into that crude baptismal font to have the cleansing waters of Baptism poured over him.

As I witnessed this I felt a thrill go through me and thought of the two travelers of Emmaus as they proclaimed, “Were not our hearts burning within us?” when they realized it was the Risen Christ who had been with them. As I looked at each boy’s radiant face, I could see that they realized it, too.

As a Maryknoll Sister I have been on mission in Chile and South Sudan over a period of 45 years and I have seen that the truth of God’s enduring love shown to us in the person of Jesus is really all that matters. Our Holy Father, Pope Francis, tells us that being a Christian is not the result of an idea or ethical choice, but it is the result of an encounter with Jesus Christ. The Risen Christ is everywhere and continues to reveal himself to others through you and me, who are his missionary disciples today, when we show them God’s love and mercy by opening ourselves in humility to God’s grace. Every day is another Easter, Jesus Christ living among us. Alleluia!