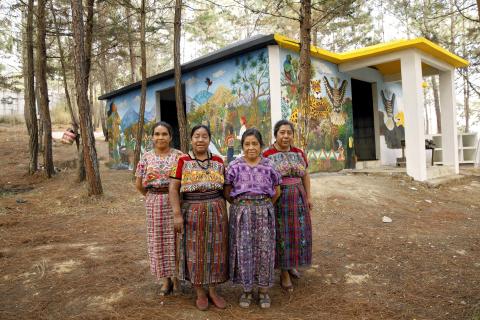 Maryknoll Father Bill Donnelly reflects on the faith of the people of Guatemala who have endured years of violence and oppression yet live in hope that justice will prevail.

Photo: The artists who created a memorial center for the victims of the 36-year Guatemalan civil war. Credit: UN Women.