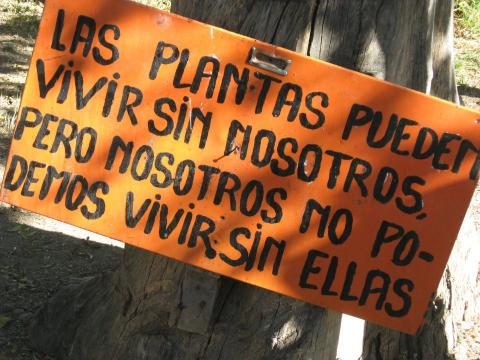 In March 2003, the week of the U.S. invasion of Iraq, I was part of a delegation visiting Nicaragua. Nicaragua’s government was one of several backing the United States as part of the “coalition of the willing,” and the war was very much on the minds of the people. That Sunday, as “shock and awe” rained down upon Baghdad, we sat with a Base Christian Community on the outskirts of Managua.

For months, as church leaders denounced plans for a preemptive strike and Catholics joined with others around the U.S. to try to stop the war, I had attended marches and teach-ins, vigils and prayer services for peace. In all of these gatherings and events I had joined others in denouncing those who would make war, in holding up church teachings on nonviolence and peace. Inspiring words were spoken through bullhorns and from pulpits, valiant acts of civil disobedience were held, and people of all faiths made fervent prayers. But never had we asked for forgiveness. We, citizens of the most powerful nation on earth, taxpayers and voters in the country leading the charge to war, were so caught up in being on the right side of our own political divisions, we had become a bit like the Pharisee of today’s Gospel story: “O God, I thank you that I am not like the rest.”

And now, here were Nicaraguans – citizens of a tiny and impoverished nation, who had lived through the horrors of war themselves, who could do so little to affect events in Iraq – praying for forgiveness. They knew all too well the pain of the Iraqi people, and owned their own part, however miniscule, in the failure to stop war, and laid it before God with the faith and humility of the tax-collector in the parable. “I tell you, the latter went home justified, not the former.”

But there is a curious juxtaposition in today’s readings. The Gospel’s parable of the Pharisee and the tax collector is preceded by Old and New Testament accounts of a God of justice, who is close to the poor. As we live out the mission of the church, entering into relationships with those at the margins of society, we become vividly aware of the ways in which God is active in the lives of those we meet there. If we enter with the humility of the tax collector, the people will teach us the way to justice, as God has taught them.

Bolivia, where I now live, is suffering disproportionately the effects of the industrialized world’s failure to care for Creation. Indigenous Aymara and Quechua communities who have depended on glaciers as their sole water supplies for millennia are quickly being displaced by global warming, as glaciers in the Bolivian Andes vanish at a startling rate. For Bolivians, the death of their communities is not merely a result of the melting of the glaciers: they are the same death. A Quechua or Aymara community is not made up merely of people; it includes the animals, plants, earth, air, and water as well. When the people in the community make decisions, it is inconceivable not to consider their impact upon the environment, because community and environment are one and the same. Conflict, suffering, and death occur when exploitation replaces reciprocity and interdependence in relationships. This extends to our relationship with the Earth, the Pachamama. We must seek always to reestablish harmony in our relationships with the rest of Creation.

These ancient ways of understanding the cosmos (cosmovision) are leading to exciting global action today. Indigenous social movements in Bolivia have emerged as a prophetic voice wherever people from around the world seek to address the problem of climate change. For the first time, the concept of “Mother Earth Rights” has entered the lexicon of international law, thanks to these Quechua and Aymara activists.

The question now is whether we in the Global North are prepared to heed the voices of people who suffer most from our own failures to care for one another and for Creation. “The prayer of the lowly pierces the clouds,” Sirach assures us. But only if we are willing to listen, with the humility of the tax collector in the temple, will it pierce our own souls. When it does, “the Most High responds, judges justly and affirms the right, and the Lord will not delay.” The people who are poor are pointing the way. We, too, must not delay.