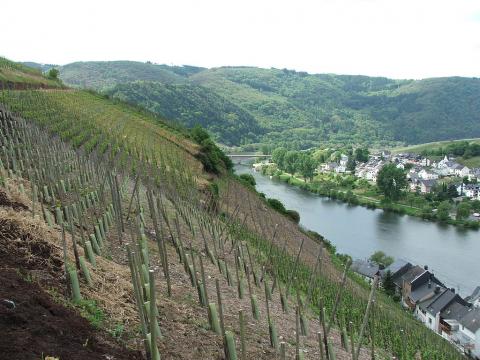 The following reflection, prepared by Kathy Morefield, a Maryknoll Affiliate who served in Cambodia, can be found in A Maryknoll Liturgical Year -- Reflections on the Readings for Year A.

Who does this Earth belong to? In this era of globalization and migration, to whom does the vineyard belong? In the first reading from Isaiah, we hear that “the vineyard of the Lord of hosts is the house of Israel, and the people of Judah are his pleasant planting; he expected justice, but saw bloodshed; righteousness, but heard a cry!”

A Jewish friend once told me that Jews believe their purpose in life is to help God repair the world. Indeed, the prophet Isaiah proclaimed to the people of Israel, “You shall raise up the foundations of many generations; you shall be called the repairer of the breach, the restorer of streets to live in.” (Isaiah 58:12)

Familiar words to the people of Israel yet the audience in today’s gospel story – made up of the Pharisees, elders and leaders of the church – did not heed its message. Rather than raise the people up, they loaded them down with heavy burdens making their lives even more miserable.

What does the parable say about leaders of nations and institutions today? How are the leaders of the world caring for, raising up and restoring God’s creation in the 21st century? In the vineyard of Cambodia, the gap between the rich and the poor grows alarmingly wider each year.

Desperately poor people are forced out of their meager homes, which are sold to wealthy developers for large sums of money. Slums are burned and bulldozed and the people scatter in fear for their lives. The evicted, many of whom owned their small houses, are often relocated to camps far outside the cities where there is no running water, no sewage treatment, no schools or transportation and where they are cut off from their sources of income in the city. The very people entrusted to raise them up and ensure their wellbeing have squandered their trust.

Where is the hope? My husband discovered a new Khmer (Cambodian) restaurant in Phnom Penh. The traditional food was healthy and delicious but it was the working conditions that excited him. The restaurant was started by a husband and wife with a mission to recruit poor women from the countryside and “raise them up.” In Cambodia as in most places in the world, there is little regard for the poor and unfortunate, especially women. In most Khmer restaurants the kitchen and wait staff are underpaid, overworked and often abused. They work long hours seven days a week for less than poverty wages.

At the new restaurant, however, the workers are paid a fare wage and at the end of each month the proceeds are divided equally among the staff, including the owners. The two chefs are women, unheard of in most Khmer restaurants. In order to avoid corruption the restaurant will not hire family members of the staff or owners. Workers are cared for when they are ill and do not lose income for sick days. The staff meets every week to talk over problems and finds ways to resolve issues that arise. They keep a donation box and decide as a group how to share the collected revenue with those in need. Somnang, the owner, calls himself a peacemaker and told us that he was inspired by the life of Mahatma Gandhi and his work for justice and equality. There is no income gap between Somnang, his wife Bopha and the rest of the staff. Everyone works hard to ensure that the restaurant is a success. Everyone is a stakeholder.

Because of its delicious food, excellent service and friendly atmosphere, the restaurant has become popular with government officials and workers at the nearby Ministry of Education. Perhaps the vision of Somnang and Bopha will inspire both them and others to share the bounty of God’s creation.

“‘The stone that the builders rejected has become the cornerstone; this was the Lord’s doing, and it is amazing in our eyes’? Therefore I tell you, the kingdom of God will be taken away from you and given to a people that produces the fruits of the kingdom.”