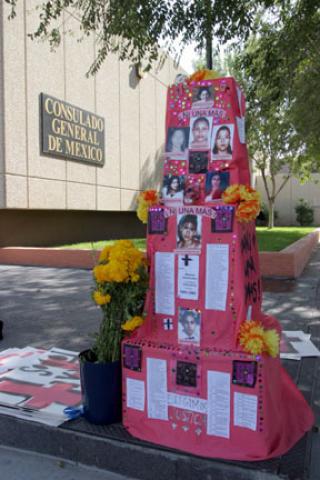 Fr. Paul Masson's reflection below is also found in A Maryknoll Liturgical Year -- Reflections on the Readings for Year A.

“Let each of you look not to your own interests, but to the interests of others.” Philippians 2:4

In the gospel, Jesus presents the parable of the two sons. When the father asked the first son to work in the vineyard, he said no, but later changed his mind and went. The second answered yes, that he would go, but he did not. The setting of this gospel is very important. Jesus was talking with the chief priests and the elders who were questioning his authority: “When [Jesus] entered the temple, the chief priests and the elders of the people came to him as he was teaching, and said, ‘By what authority are doing these things?’”

Jesus compares the two sons with two groups of people: the authorities and the outcasts. The first son is like the outcast – a tax collector or a prostitute – who will enter the Kingdom of God before the chief priests and the elders.

Jesus goes on to say to the authorities, “For John came to you in the way of righteousness and you did not believe him, but the tax collectors and the prostitutes believed him; and even after you saw it, you did not change your minds and believe him.”

The way of righteousness was shown to me by the mother of Esmeralda Herrera; Esmeralda and her mother lived near one of the chapels where Maryknoll served in Ciudad Juárez, Chihuahua, Mexico, across the river from El Paso, Texas, where I lived from 1998 until 2008. In the past couple of decades, this area has experienced a reign of terror which has moved from subtle to explicit. Starting in 1994, mutilated bodies of murdered young women were found in the desert around the city. In November 2001, the bodies of two young women were found in a cotton field within the city. One of the victims was Esmeralda; she was 14 years old. Within a few days, the police found six more bodies in the cotton field, women of different ages who died at different times.

As you can imagine, this was a very difficult time for Esmeralda’s mother. Despite her job loss and the difficulty of raising a family, she did not relent in looking for justice and answers to her questions. She found none. Among many of the families of the disappeared and murdered women, it was common to hear complaints about the police, the authorities, even God. As expressed in the first reading from Ezekiel: “Yet you say, ‘The way of the Lord is unfair.’” While we tried to accompany Esmeralda’s mother, we encountered silence; little by little we put this reality out of our thoughts and minds, and life went on.

By 2008, it was obvious that the city was out of control and that the dark forces of evil ruled the day. The violence began to escalate to a point that almost all of the neighbors experienced some type of extortion, many through kidnappings or assassinations. Few signs of hope and change were seen.

However, in June 2011, a Movement for Peace with Justice and Dignity was organized by Mexican poet Javier Sicilia, whose 24-year old son, Juan Francisco, was assassinated along with six other people near Cuernavaca in March 2011. The Movement calls for an end to the militarization of the country and to the drug war, a reform of the federal laws for workers, and a reform of the national security law of Mexico.

Javier Sicilia held public discussions with the authorities, even with then-President Felipe Calderon, and, as part of the Movement for Peace, arranged a “Caravan for Peace” which has traveled throughout the country, visiting many of the cities most affected by drug-related violence.

In June 2011, the Caravan for Peace (also called “Caravana del Consuelo,” Caravan of Consolation) visited Ciudad Juárez, which Javier Sicilia referred to as the “epicenter of pain.” According to a report from the Workers Pastoral Office of the Diocese of Ciudad Juárez, “Hundreds of victims came out of their anonymity and gathered with hundreds of the inhabitants of a victimized city, human rights activists and community organizers, workers, students, and artists. With each testimonial and each cry for justice, everybody, cried out in solidarity: ‘You are not alone, you are not alone.’”

In the reading from Ezekiel we hear, “When the wicked turn away from the wickedness they have committed and do what is lawful and right, they shall save their life.” To understand the evil that we live in our world today, it is necessary to reflect on our present reality. Many people see the problems of drug-related violence in Mexico as a problem of Mexico alone. This ignores the reality that Mexico and the United States are very much inter-related. The economic chaos in Mexico has been, in many ways, the result of the so-called free trade agreement, the North American Free Trade Agreement (NAFTA). Also, the drug cartels are in business because of the huge profits that are made in the sale of illegal drugs, by and to people in our country. Guns that kill people in Mexico are arms that are bought in the United States.

The Movement for Peace with Justice and Dignity invites people throughout the world to join in an awareness of the need for solidarity and justice. It invites us to say that we care and that the victims are not alone. If we want to follow the path of righteousness today, we have to follow people like the mother of Esmeralda and the poet Javier Sicilia.