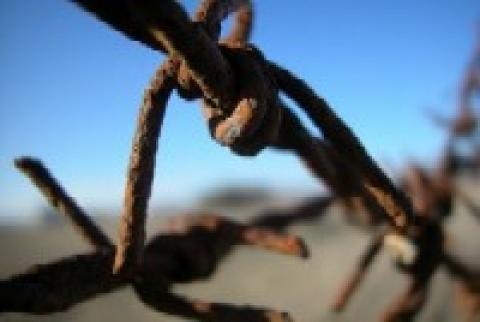 The following reflection was originally written in 2010; Fr. Northrup now lives in El Salvador. This reflection is also published in A Maryknoll Liturgical Year (Year C), available from Orbis Books.

The importance of life is to be “rich in what matters to God.” Everything in life is measured by this. A Mexican expression for being rich in the eyes of God is the favorite phrase "rico en corazón" (rich in heart). How blessed to be “rich in heart,” yet there are forces in life that distract us from what God intends for us. One of these is what the second reading calls “the greed that is idolatry.”

All of today’s readings and so many passages throughout the Bible unmask avarice as the false god that it is. St. Paul in his first letter to Timothy states that “the love of money is the root of all evils” (1 Timothy 6, 10).

[In the mid-2000s, I lived] in Ciudad Juárez, Chihuahua, Mexico, bordering El Paso, Texas. Those of us who have [lived] in Ciudad Juarez have been witnesses to the horrors of materialism. Could we not say it has been the primary motivation behind the violence of the drug trade, the kidnappings, and the extortions? I have personally known families who have lost spouses, children, and parents to these evils. It is hard to find words to such people to console them. Could it be that the love of money has brought on all this sorrow? What else could it be? We pray that people will turn from this idolatry and its path of destruction and join those who are moving in the direction of what it means to be truly rich according to the Gospel!

Today’s gospel passage hints that grace will need to be an important part in stepping away from greediness in all its subtle forms. We could put ourselves among those listening to Jesus at the time that the man asked Jesus to be his arbitrator about some inheritance. Prior to this, Jesus had been trying to help his listeners to value God’s providence and to find security in divine love. “Can you not buy five sparrows for two pennies? And yet not one is forgotten in God’s sight. Why, every hair on your head has been counted. There is no need to be afraid: you are worth more than hundreds of sparrows” (Luke 12, 6-7). After all of these instructions, the man asking help from Jesus is obsessed with material security. His obsession with possessions has made his heart deaf to values that counted. True, the man was seeking justice. Yet, avarice can hide behind many things. The parable Jesus relates reveals the illusion of happiness that material wealth seems to promise.

I often wonder about all the pressures that are put upon young men living in Juárez to cross over the threshold into the drug trade. To be a “foot soldier” in this business carries the tremendous risk of an early death, bringing great sorrow to their families. Maybe some who grow up in certain neighborhoods of the city seem to have no other choice than to become a member of the local gang. If they do not, they may be afraid of the consequences for them and their loved ones. It has seemed at times to be a hopeless situation. I have celebrated funerals of young people and outside the church are the companions of the deceased. I wonder who among them is thinking that they may be the next. Meanwhile, throughout the United States, others are looking for the money that will help them to buy their next supply of drugs. Do they realize at what cost these drugs are being supplied to them?

Although there seems to be no let up of the violence in the city of Juárez, there are seeds and signs of hope. There are people who are amassing the kind of treasure that really matters. I am thinking of a group of Juárez citizens who are looking for ways of uniting neighborhoods by providing recreational space for children, creating cottage industries for the unemployed and especially promoting channels of communication among one another. What a worthy way to share one’s time, efforts, skills and financial resources!

Let us continue our celebration with the one who – though he was rich, became poor – that we might share in God’s generosity and then share that bounty with others.