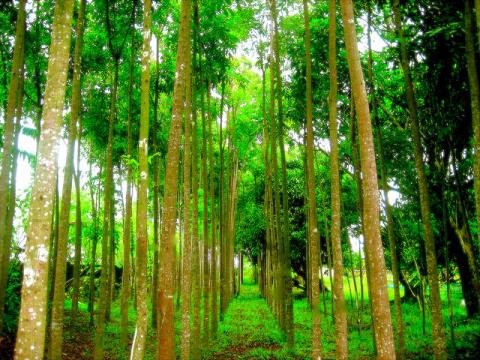 “Lead a life worthy of [your] calling!”

With these words Paul urges the Christian community in Ephesus to be faithful to their calling. These words of Paul are addressed to us today. And what is this calling?

We are called, first of all, to acknowledge God as a good, caring and loving God. In the Book of Genesis we learn that God created the world and that “God saw all that he had made, and indeed, it was very good.” God made humankind, man and woman, in God’s own image and entrusted to us the care of the earth.

At the beginning of his ministry, his mission, Jesus told his disciples to change their ways; He told them to follow Him and that He would make them fishers of people. His parting words to his disciples, the early Church, were: “Go into all the world and proclaim the good news to the whole creation.” Jesus speaks these words to the Church today, and to us, His disciples.

Paul urges us to live in a manner worthy of our call, and goes on to specify – we are to act with “all humility and gentleness, with patience, bearing with one another in love, making every effort to maintain the unity of the Spirit in the bond of peace."

I had the opportunity of serving as a missionary in the Philippines. This was a blessing for me and a revelation: I experienced massive poverty among the Filipino people with whom we worked in the southern island of Mindanao. The majority of the people were systematically deprived of basic education and basic health care. Maryknoll took the initiative in organizing high schools in rural towns where there were simply very few or no opportunities for the youth to go to high school. I was assigned to a town with a population of some 15,000-20,000 people. The only high school available in the entire area was the Maryknoll High School. There was only one public health doctor in town, which was quite large geographically and transportation was quite challenging. There was no pharmacy.

One of the major factors accounting for the massive poverty is the issue of land. Perhaps 90 percent of the people there were farmers and fishermen. However, most of the folks did not have their own land. The land was owned by large land owners, many of them absentee. Most of the farmers were tenants or share croppers. Our response in this situation was to promote farmer education and encourage farmers to organize.

Another major factor that has had a devastating negative effect in the Philippines has been the destruction of the forests. I witnessed to the effects of the uncontrolled and illegal logging in the country. Less than 13 percent of the rain forests that existed in 1945 at the end of the World War II still stand. Illegal logging continues unabated which has had devastating repercussions resulting in soil erosion, massive land slides, dislocation of people, major changes in weather patterns, reduced agricultural production and impoverishment. The destruction of the earth’s environment is a life issue.

Many Philippine bishops have taken a prophetic role in taking action to change the situation, especially in calling for the end of ecological destruction. In 1988 the bishops published a prophetic pastoral letter, entitled “What is happening to our beautiful land?,”  calling for conversion and action in relationship to the grave situation.

As people of faith, as people called and sent forth by Jesus to witness to the Kingdom of God, we are committed to working for justice and peace in our world.  When we gather for Eucharist we partake of the Body and Blood of Jesus in celebrating the Paschal Mystery. We are then sent forth to “to share our bread and our cup” with the hungry of the world in bearing witness to the Kingdom of God. As Jesus manifested his love for and compassion on the hungry thousands as described in the Gospel, so we also, driven by love for our brothers and sisters around the world must work for justice and peace, indeed “proclaim the Good News to all creation!”