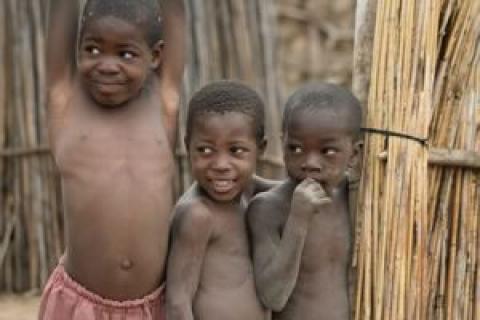 Among the Ilocano in the northern part of the Philippines where I come from, we greet each other with "Adda kayo," which literally translates to, "You are here." It also means, "I acknowledge your presence." When responded to with a yes, a nod, or a smile, the initial greeting would be followed by: "Naimbag met ta adda kayo." "It is good that you are here." The greeting speaks of appreciating, honoring, and valuing one another.

Acknowledging someone’s presence is essential to being fully present to that person. This mutual recognition of each other’s presence suggests the acceptance of one another and consequently, creates a feeling of belonging, of inclusion, of oneness and a well-being that is an experience of peace.

In the second reading, St. Paul speaks of the "blood of Christ … [which] has broken down the dividing wall … [and has created] one new humanity in the place of the two." For the community at Ephesus, Paul calls to mind the importance of unity, of Jews and Gentiles becoming one, belonging to each other. This unity is marked by the peace of the risen Christ. Peace is the good news for a world where apparent divisions transpire.

In the Okavango region of northeast Namibia where I was in mission with other Maryknoll sisters, layered conflicts that were tribal, political, and economic in nature were rife among the people. The vestiges of apartheid are still in evidence: alienation of land and other resources by the few rich and powerful; repression of dissenting voices and increased violations of human rights as well as diminishing deliveries of basic human needs. The raging HIV/AIDS pandemic also exacerbates the situation.

In the leadership development courses we offered to church communities, the scriptural text that consistently spoke volumes to the people was the greetings of shalom, and the gift of peace of the risen Christ. Greeting someone with "shalom" is act of recognizing another person, a wishing, and a blessing for a person’s well-being. Peace is an experience of comfort, of healing and reconciliation … for broken bodies and spirits from the stigma of HIV/AIDS, for the youth whose hope for education grows increasingly dim, for the mothers who continue to head households as their husbands migrate to the big towns and cities or the mines of South Africa. Peace is good news for one longing for wholeness. Peace accompanies hope.

Today our world hungers for belonging, acceptance, acknowledgement and validation. Currently so many people are displaced – be it from homes, jobs, churches, families, and from their own countries; estrangement from self and from others has become an unreflected norm of relating with one another and with our world. Fear of each other marks our experience. This makes the on-going debate among political leaders on what makes for peace and security, not only here in the United States but in many parts of the world, of grave importance for us to ponder.

The assumption that "war against" people and systems of livelihoods and even systems of faith and belief that are not in accord with the Western perspective and worldview are deemed valid and above reproach. That assumption presumes acceptable the use of force and even violence over dialogue and diplomacy. Can such stances guarantee unity, peace, and security for life to flourish and for all to tread the paths of justice? Are not the democratic principles and practice of dialogue and diplomacy powerful energies to transform conflict into just relationships and peace?

Our faith entices us to engage in all the deliberations, decisions, and debacles on those "acceptable" efforts toward peace-making and security. And how do we attend to each other in such situations when our voices have no place in the discourse that decides the nature and purpose of life? How do we shepherd each other in the paths of justice, in our communities and in our home, planet earth?

What our faith asks of us is to look at and relate with our world with the consciousness that Jesus had as related in our Gospel reading today. He saw the large crowd of people, "like sheep without a shepherd." He did not see a crowd with no resources nor did he categorize them as religious or not. Jesus was present to them because they were his sisters and brothers. They are, like him, children of an Abba who listens and is present.

Jesus sensed the hunger that they have for the Words of Life that he uttered. They were longing for the shepherding that he offered in his ministry of healing, in welcoming the outcast and his delight in finding the lost one, in celebrating the simple and profound gifts of creation, like the lilies of the fields and the children and the signs of the times.

Jesus models a consciousness of God’s peace – to share with others the sacred Presence of a God who gives well-being and wholeness of life. Jesus awakened in those who listened to him their own inner abundance, that they too might embody the shalom of God. And with much compassion and care, Jesus invites the crowd to sit down on the grass – to experience the peace and the security that comes with knowing that they belong to each other and most importantly, that they belong to the household of God.

Peace happens in life. It is does not exist because of policies and treaties. Peace is and it is a gift of a loving and shepherding God. Perhaps, Jesus would have greeted the crowd that followed him and his disciples with something akin to, "Adda kayo, naimbag ta adda kayo" --- "You are here and it is good that you are here present."