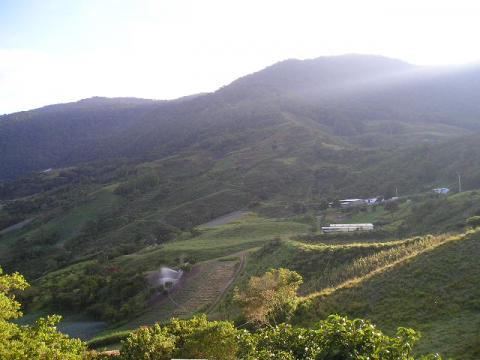 A planet fell victim to robbers. They stripped it of its beauty and health, beat it and destroyed its life-giving resources, suffocated its air, poisoned its waters, and eliminated many of its species. They stripped it and left it half-dead.

For decades now we have known that human actions are robbing and destroying the earth, our common home. In Bolivia, for instance, snow caps are melting, rivers are full of filth, rain forests are being raped and stripped bare to extract minerals and trees, to plant cash crops and feed armies of cattle.

For years, many of us of the priestly class and those charged with caring for humanity in God’s name passed by blind to the fact that Jesus' message of caring for the neighbor calls for compassion and care of the earth as a neighbor. Church teachings focused more on justice only for humans as if we were something apart and over nature. Even today there are many within religious circles living a dualism that separates us from creation around us.

But the cry of the victim earth was not totally ignored. There were some “passing by” who noticed. Most were not representing religious or church organizations, but rather those who had been touched by the wisdom of ancient ancestors of the land who always knew that they and the earth were kin. I first met some of these Samaritans for the Earth when I arrived in Bolivia in the early 1970s. They were shamans or religious healers among the Aymara people. They spoke in symbolic language of ancient myths that told of strangers coming from other lands and ripping out the heart of the Mother Earth extracting minerals, cutting down trees of rainforests, and pouring industrial waste into the waters. They spoke of how humans had forgotten the intimate relationship we humans have with creation and that the earth was in deep pain at its destruction. They witnessed to a caring respect and healing for the Mother Earth.

Some missioners shared the concern expressed by these earth people of the Andes, but it was not a concern of high priority for us. We taught the basic tenets of our faith- centered more on the sacrificial redemption of Jesus rather than a vision centered on the vocation to be co-creators with God in caring for the goodness of God’s creation and how we are interrelated with all living beings. Even though some of us had read the works of prophets such as Teilhard de Chardin we had not yet assimilated his wisdom that the earth too is our neighbor to be treated with care and compassion as we care for the least among us in the human family.

In those years the church in her teachings had little to say about that relationship … and so many of us religious folk merely passed by the victim earth on our way to do “holy works.” But that has changed. Although a relative late comer to the field of consciousness of our intimate relationship with the earth and an understanding that to live into the Reign of God is to be part of the whole of creation and so called to care for the earth as a sister-to see care of creation as integral to evangelization and living as a missioner-disciple of Jesus.

In 2012 the Bolivian bishops issued a pastoral letter, “The Universe, Gift from God for Life.” It speaks about creation as a gift from God and raises awareness about the threats that the earth faces today. In the case of Bolivia it shows how mining activities, deforestation and climate changes are having dangerous impact on the environment in the region. It expresses the need for change both at the global and local levels. It calls us to take responsibilities and a deep sense of reparation and a change in our present consumerist way of living.

At the grassroots level Maryknollers in Bolivia are integrating this message into their preaching and doing works of evangelization through programs of community gardens, of recycling, using used ties to create compost for family gardens. They support the Days of the Pedestrian and Bicycles sponsored by the city of Cochabamba and various ecological groups on three Sundays during the year. Missioners likewise support organizations for the protection of the rain forests and holistic development.

With a keen sense of our co-dependence with all of creation we can hear the message of Jesus in today’s gospel with fresh ears so that our mission of healing our neighbor extends as well to the care of God’s creation.

“[This] commandment that I am commanding you today is not too hard … nor is it too far away ... [It] is very near to you; it is in your mouth and in your heart …”