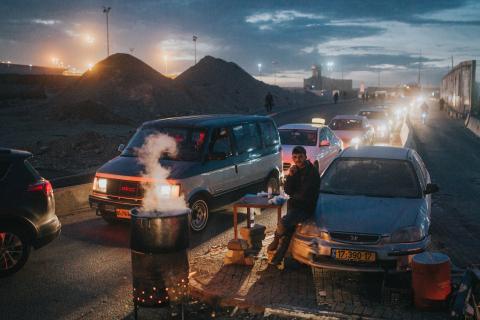 Maryknoll Sister Jean Fallon was on mission in Japan for many years. “Living and working in a non-Christian milieu is very different from what Missioners might expect, say, in Latin America,” Sister Jean said. “The New Testament, however, brings insights to us all that are ever-new, ever deepening our faith and ever giving life to everyone.”

Each Sunday the Liturgy conveys a theme expressed in each of the readings. Today it seems to be about “keys,” to whom they were entrusted and what they might mean.

The reading from Isaiah tells us tells us about Eliakim who is to receive keys as “Master of the Palace.” Instead of receiving a ring of keys God says: “I will place the key on his shoulder.” No small key is this as God describes how he is to use this key: “He shall be a father to the inhabitants of Jerusalem and the House of Judah.” These words reveal the prime role of the ‘keeper of God’s keys’ – a father who loves and protects His family. In today’s Gospel the manner in which Eliakim was to use that key becomes for us, a parable about the key which Jesus lays on Peter’s shoulder… along with God’s words to Eliakim: “be a father to them.”  …And we always thought that Peter was handed a ring of keys?

Today, keys have a very different and urgent meaning for Palestinian families. In 1948 when these Palestinian families were ordered out of their homes by the military of a newly declared State of Israel, they took with them their keys! Families had been led to believe they would be returning soon. This was an exodus of 700,000 Palestinians. They now live, still holding their keys, isolated in refugee camps in Jordan, Lebanon, Israel, Syria, and other places. The refugee camp in Bethlehem that I saw had a very large key over its gate. It was a reminder to us that these displaced people have a home, but, that it is up to us to remind governments of the meaning of those Keys they are holding.

So, we have a background for today’s Gospel in which the main focus is not really on Peter’s keys. It presents to each one of us THE question: which is itself a key to our following Jesus the Christ. “Who do YOU SAY that I am?” We are, in this Gospel, experiencing a face to face encounter with Jesus Christ. It is not a moment of doctrine or a discussion of a set of truths about Him. In this intense moment: Jesus is asking me, asking you to respond to His question. He is asking for a heart and soul response from me, from you, from us… a moment of declared faith that will nourish us if we are going to live into these hard times of ours. It was that kind of a moment for the Disciples just as they started their journey with Jesus through His hard times to the cross. As they declared their faith in Jesus along the Way they discovered His Abba God. This is also our God who is with the poor, the homeless, the outcast and the different…this is our Abba God who never leaves our side just as God was with Jesus as He courageously walked on.

Neither has this Abba forgotten the keys nor Palestinian hands that hold them in exile. As we reach out to the oppressed of our world, the Father reaches out and walks with us as we learn to care for people and respond to those most in need just as Jesus did. Our answer is crucial to us, yes, but also to us all… our answer is the key to our future! “Who do you say that I am?”

Photo, a checkpoint in Ramullah, available on Unsplash.