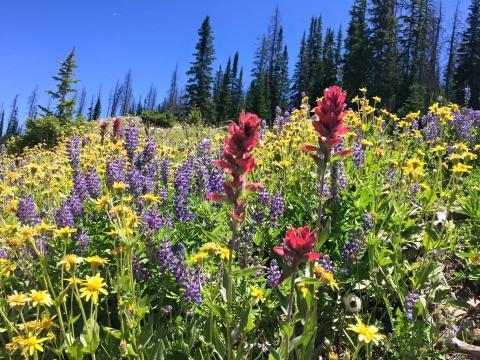 Maryknoll Sr. Claris Zwareva reflects on the meaning of “Above all, seek God’s Kindom.”

Throughout history, disputes over material possessions, especially over land, have abounded. These disputes, motivated by the insatiable hunger for power and possessions, continue to inflict harm on innocent people who are forced to flee their homes and seek refuge in foreign lands.

As I write this reflection, people everywhere are suffering and dying for their homeland. It is appalling to live in a world that values material things more than human life.

Today’s first reading from the Book of Ecclesiastes refers to material things as the “vanity of vanities” (Ecc 1:2; 2: 21-23). The Hebrew word for vanity is hevel, meaning something that vanishes into thin air like a vapor, or a breath. Material possessions used rightly enable the human person to reach the end for which they were created: to glorify and honor God.

The overall message I would like to convey is this: “Above all, seek God’s Kindom.” I would like to highlight the importance of reverencing and living in harmony with one another, our “kin,” and with nature, which is given to fulfill human needs and not their wants. Today’s readings are reminders that life does not depend on how much property a person owns, but on whether the person uses God’s gifts wisely and carefully.

Then the author of Ecclesiastes gives the example of one “who has labored with wisdom and knowledge, and skill, and yet to another who has not labored over it, he must leave the property [when he dies].” When someone dies, the possessions they accumulate remain behind, no matter how attached they were to them.

In Luke’s Gospel, Jesus is presented with an example of this situation. Someone in the crowd interrupted him, saying, “Tell my brother to share the inheritance with me.” Jesus told the person that he was neither a “judge” nor an “arbitrator.” Instead, Jesus issued a warning against the greed for material possessions. He said to the crowd, “Take care to guard against all greed, for though one may be rich, one’s life does not consist of possessions.”

Then Jesus told them the story of the rich fool who stores his wealth in larger and larger barns until his untimely death.

In the story, Jesus paints a picture of what greed looks like, its consequences, and the final outcome of a life dedicated to accumulating material possessions. The rich man who stores up his abundant harvest is thinking of his and not anyone else’s future. But God interrupts his daydream, telling him, “You fool, this night your life will be demanded of you; and the things you have prepared, to whom will they belong?” (Luke 12:13-21).

Simone Weil, the French philosopher, political activist, and religious mystic says, “We possess nothing in this world - a mere chance can strip us of everything - except the power to say ‘I’. That is what we have to give to God, in other words, to destroy” (Gravity and Grace, 71).

Only God can give the grace to detach the self from material possessions and to invest in things that lead to the fullness of life: that is, life in God. Ignatius of Loyola, founder of the Society of Jesus, whose feast we celebrate today, received such grace as he sat in contemplation by the River Cardoner. There, he received a life-changing vision that strengthened and sustained the resolution to labor for the greater honor and glory of God. He gave up all for God and in turn received the grace to find God in all things. His prayer, the Sucipe, says it all

"Take, Lord, and receive all my liberty, my memory, my understanding, and my entire will – all that I have and call my own. You have given it all to me. To you, Lord, I return it. Everything is yours; do with it what you will. Give me only your love and your grace. That is enough for me." (Text from Draw Me into Your Friendship, by David Fleming, S.J.)