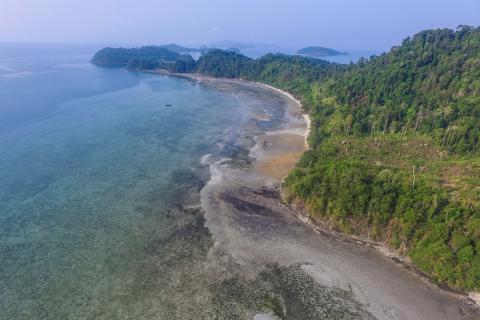 At a series of international environmental conferences throughout 2022, the United States led or joined new pledges and efforts to conserve and protect ocean waters and the life they contain.

“Ocean-based climate solutions have a key role in keeping the goal to limit temperature rise to 1.5 degrees Celsius within reach and improving global climate resilience,” the U.S. Department of State said in a statement during the largest of the international environmental conference of the year, the UN Climate Talks COP27 in Egypt in November.

Early in 2022, during the seventh Our Ocean Conference in the island-nation of Palau in the western Pacific, the United States announced the Ocean Conservation Pledge, an ambitious new effort encouraging countries to commit to conserve or protect at least 30 percent of ocean waters under their national jurisdiction by 2030.

Soon after that, during the UN Water Conference in Portugal, the United States reiterated its support for Sustainable Development Goal Number 14: a “commitment to conserve and sustainably use the oceans, seas and marine resources, by scaling up ocean action based on science and innovation.”
During COP 27 the United States announced the following pledges and commitments: