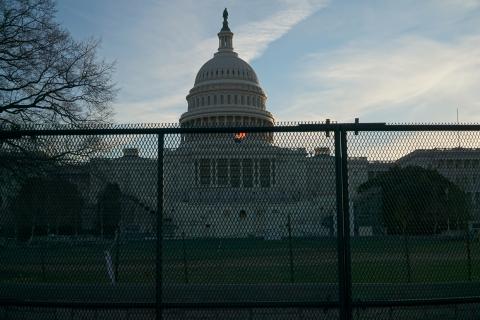 The Fiscal Year 2022 budget resolution proposals recently passed by the House and Senate include opportunities for citizenship for many undocumented U.S. residents. This article was published in the September-October 2021 issue of NewsNotes.

Democrats in Congress are gaining ground in their efforts to include pathways to citizenship for some of the 11 million undocumented U.S. residents in the developing budget resolution package for Fiscal Year 2022. The passage of this legislation would be a huge milestone for immigrant communities, as this is the closest Congress has come in decades to widely expanding opportunities for undocumented immigrants to regularize their status.

On August 24, the House of Representatives passed a $3.5 trillion budget resolution that includes opportunities to apply for legal permanent status for many undocumented immigrants, including Deferred Action for Childhood Arrivals (DACA) recipients and Temporary Protected Status (TPS) holders.

On August 12, the Senate passed a template for this budget plan, and the new House bill further lays out what the final budget package could look like. The Democrats plan to use a special process called budget reconciliation to pass these packages, for which they only need a simple majority vote. But this could be tricky, given their narrow margins in Congress.

Immigrant advocacy and legal aid groups expressed their excitement about the progress of these bills. Regarding the passage of the Senate budget resolution, Anna Gallagher, executive director of the Catholic Legal Immigration Network, said, “Today, we celebrate. We hold our CLINIC staff, affiliates, their staff and clients and immigrants across the United States in a virtual embrace. Our country is one step closer to making it official: a path to citizenship is a path to respecting immigrants’ human dignity and a permanent place in their permanent home.”

The U.S. Conference of Catholic Bishops also expressed support for the expansion of pathways to citizenship included in the package: “…we are pleased that the resolution sets up an opportunity for many undocumented persons to receive legal status. For decades, the bishops of the United States have been proponents of such reforms. Undocumented people living in the United States are frequently at risk of mistreatment and exploitation because they lack legal status.”

Faith in action: Send a message to your Members of Congress urging them to support positive immigration reform today: https://bit.ly/3DB3bq0