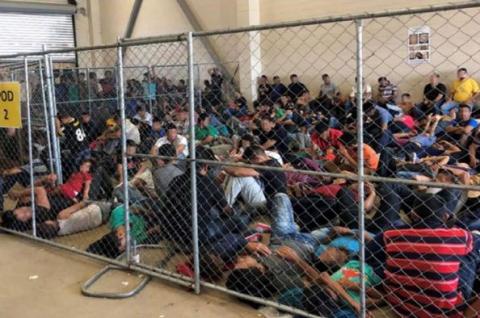 Two Trump-era policies severely restricting access to asylum at the U.S.-Mexico border have remained or been recently reinstated, to the dismay of immigrant advocates. This article was published in the September-October 2021 issue of NewsNotes.

The Biden administration has maintained or reinstated two border policies initiated by the Trump administration, despite its campaign promises to swiftly address the near-total breakdown of processing of asylum seekers at the U.S.-Mexico border.

While the Biden administration had begun to wind down the Trump administration’s Migrant Protection Protocols (MPP) or “Remain in Mexico” policy, on August 24 the Supreme Court ruled to uphold a lower court decision that will result in the reinstatement of the policy.

The MPP policy requires asylum seekers to be returned to Mexico to await the adjudication of their asylum claims rather than being allowed to remain in the United States. It has resulted in asylum seekers being forced to wait in dangerous and unsanitary conditions, such as sprawling tent camps, in northern Mexican border cities.

“As the Biden Admin ended MPP, the silver lining for our Mexico team was being able to help with the entry of thousands of asylum seekers… That joy is gone for now. The fight gets a little harder tonight…There is no gentler MPP. We need the Administration to renew their commitment to humanity at the border and take action now.”

“It will take political courage, but the Biden administration must adhere to the law and our international humanitarian obligations by rescinding Title 42 and fully restoring asylum at the border,” concluded Corbett.