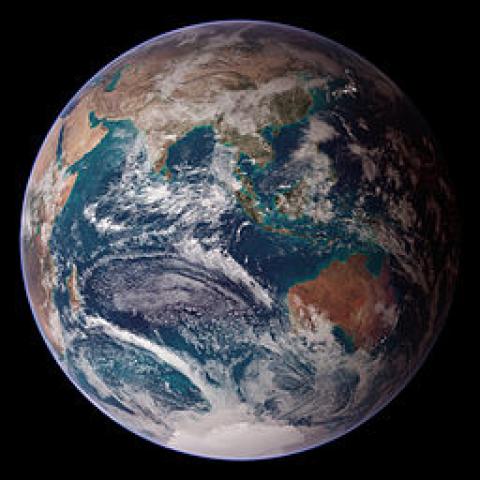 MOGC issued the following statement on Feb. 28, 2022, in response to the latest UN climate report. The following article was published in the March-April 2022 issue of NewsNotes.

The new UN climate report rings the latest alarm bell, driving home the world’s urgent need for action to address the mounting loss and damage from ever-increasing climate disasters and to limit further temperature rise before it is too late.

The following is a statement from Chloe Noel, Faith Economy Ecology Project Coordinator:

“With a report like this, world leaders cannot say they didn’t know a deadly future is at hand. The report from the UN Intergovernmental Panel on Climate Change exposes what the world can no longer deny – the incalculable loss of life, culture, livelihoods, and biodiversity from the climate crisis. These losses and damages will only increase with each increment in temperature rise unless we act together in solidarity to protect our Common Home.

“Maryknoll missioners have first-hand experience accompanying communities through climate-driven hurricanes, sea level rise, diseases, fires, waves of migration, and conflicts. As the report notes, while it will be difficult to stop some of the warming and damages already set in motion, adaptation and preparation can greatly reduce, but not eliminate, some of the damages.

"As the largest historical carbon emitter and wealthiest nation, it is time for the United States to hear the voices of those from impoverished nations already experiencing the devastating impacts of climate change and to demonstrate leadership - including through providing finance - to address the mounting losses and damages.

“The same must also be true of the renewable energy transition. As long as we maintain fossil fuel dependency, the ability to avert disaster by keeping temperature rise to the Paris Agreement goal of 1.5 °C becomes further out of reach. In addition, fossil fuel dependency will continue to fuel violent conflicts, as we are seeing play out around the world today.

“At the community and individual level, we can respond to this report by committing to more sustainable lifestyles, developing disaster resilience plans, and supporting environmental stewardship and adaptation in our homes and communities.

“This report is a reminder for what is at stake in the next decade. It is up to governments, other institutions, and us – as people of faith and conscience – to make the needed investments today to protect the future for all God’s creation.”