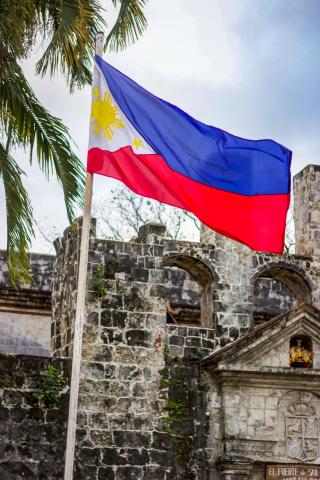 Human rights and peace organizations are deeply concerned about Philippine President Duterte’s attempt to remain in power after the 2022 elections. This article was published in the September-October 2021 issue of NewsNotes.

Philippine President Rodrigo Duterte’s party has announced that he will be a candidate for Vice President in the elections scheduled for May 2022. This move is widely understood as a way of bypassing the Philippines’ term limit laws and effectively remaining in power. As Duterte has been accused of widespread human rights abuses, the prospect of his remaining in government has human rights and peace advocates deeply concerned.

Duterte’s government has overseen a bloody “war on drugs” in which thousands of extrajudicial killings of traffickers and addicts alike have been carried out with impunity. Many Filipino children have been orphaned by such killings, while thousands more are imprisoned, subjected to torture and dangerously unhealthy conditions, particularly during the global COVID-19 pandemic. The Philippine conference of Catholic bishops has condemned the violence to no avail.

During the Duterte years, members of religious congregations and other Church organizations working to serve and protect victims of abuse have at times found themselves the victims of “red-tagging” – false accusations of terrorism and insurgency used to criminalize and even violently attack. The fight against actual armed insurgent groups is used as justification for martial law and sweeping government crackdowns on violent and nonviolent groups alike.

In August, MOGC joined a group of faith organizations convened by the U.S. branch of the International Coalition for Human Rights in the Philippines, ICHRP-US, to express solidarity with the people of the Philippines and advocate for their human rights. The group is preparing a letter and petition to members of Congress, asking them to stop U.S. assistance to the Philippine military and national police, to hold hearings on the human rights impact of U.S. support for the Duterte government, and to pass the Philippine Human Rights Act. The group plans to launch a signature campaign in anticipation of the anniversary of the 1972 declaration of martial law by then-Philippine dictator Ferdinand Marcos on Sept. 21.