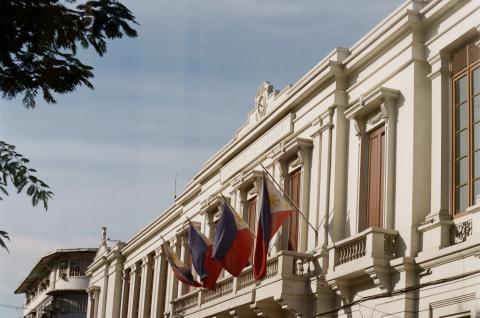 The May 9 elections in the Philippines brought to power two leaders with family ties to human rights abusers. This article was published in the July-August 2022 issue of NewNotes.

In the wake of the May 9 presidential elections, Maryknoll Office for Global Concerns has joined other organizations in urging the United States to prioritize human rights in its relations with the Philippines.

Despite reports of widespread abuses and irregularities, Ferdinand “Bongbong” Marcos, Jr. and his running mate, Sara Duterte, daughter of outgoing president Rodrigo Duterte, were declared the election’s winners and will be inaugurated as President and Vice President, respectively, on June 30th. Bongbong’s presidency will mark the return of the Marcos family to power thirty-six years after his father, dictator Fernando Marcos, Sr., fled the country in the wake of the 1986 “People Power Revolution.” The fathers of both Marcos and Duterte presided over governments accused of rampant human rights abuses.

Bongbong Marcos has waged a campaign to recast martial law under his father as a “golden age” for the Philippines, promising to restore the country to its former splendor, and using social media to whitewash the dictatorship responsible for the death of over 3,200 Filipinos, the torture of over 35,000, and the detention of over 70,000.  Sara Duterte will oversee the Department of Education, allowing her to oversee the further rewriting of history and teaching curriculum in the Philippines.

Meanwhile, Rodrigo Duterte’s government has made wide use of the tactic of “red-tagging” – falsely accusing human rights activists, faith leaders, and opposition figures of belonging to terrorist groups – as a way of intimidating and undermining them. Opposition candidates were red-tagged and even physically attacked in the weeks leading up to the election. It is estimated that over 30,000 extrajudicial killings have occurred as part of the “war on drugs” under President Duterte. The Catholic Bishops of the Philippines have described this as a “reign of terror” for the country’s poorest communities.

An interim report from the Philippine Election 2022 International Observer Mission (IOM) describes a number of irregularities, from faulty voting machines to vote buying, and “details human rights violations that occurred in the context of the elections such as killings, abductions, threats, harassment, red-tagging, and more.” Observers will remain on the ground through the June 30 inauguration, when they will release a final report.

Despite the abuses outlined by the IOM, the Biden Administration was quick to recognize the elections and congratulate Marcos on his victory, seeing him as a potential ally in its regional efforts to contain China.

Catholics in the Philippines have been part of protests against the incoming government and the reports of election fraud. The New York Times spoke to one priest, Fr. Robert Reyes, who said he spent 11 weeks outside the elections commission building calling for fair elections.

“Hopefully this will wake up the church,” Father Reyes told the New York Times. “Because what moral authority does the son of a dictator who has not returned what his father has stolen have? What authority does he have to govern a country whose people were plundered by his father?”

Faith in action: Now, more than ever, it is urgent that the United States stand with the Filipino people and refuse to fund institutions responsible for human rights abuses in the country. Call on your representative in Congress to support the Philippines Human Rights Act today. Introduced by Rep. Susan Wild, this important piece of legislation would deny security assistance to the Philippines until the government demonstrates commitment to respecting the human rights of its citizens.