Ongoing Struggle for Economic Justice for All 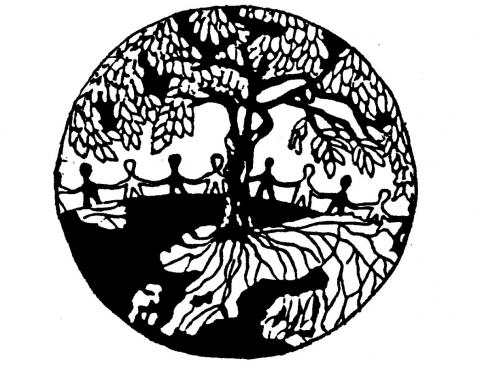 Experts discussed the legacy of “Economic Justice for All” and how to reignite conversation about economic justice in the U.S. Church. The following article was published in the January-February 2022 issue of NewsNotes.

This past November marked 35 years since the publication of “Economic Justice for All: Catholic Social Teaching and the U.S. Economy” in 1986. A landmark pastoral letter of the U.S. Catholic Bishops on the United States economy, the document received significant attention at the time but has since faded from view.

In a virtual panel highlighting the anniversary organized by the Catholic Labor Network, experts weighed in on the document’s impact and continued relevance. Fr. David Hollenbach, SJ, who was part of the document’s drafting process, explained that “the U.S. bishops had been charged with drafting a document on [the Church’s response to] capitalism, because a little bit earlier the bishops had issued a document on Marxism.”

However, Hollenbach said that rather than explicitly focusing on an abstract system or ideological framework, the bishops decided to focus on concrete questions or issues facing the U.S. capitalist economy at the time, including high unemployment rates, diminished social programs, and increased inequality.

In the document, the bishops emphasized that economic justice is characterized by inclusion, participation, and the protection of fundamental human dignity. They further developed the Catholic concept of “economic rights” from Catholic social teaching, a corollary of human rights which articulates the human need for dignified work. They urged for a form of capitalism in the United States that promotes creativity and participation while setting limits on the market in service of the common good, and especially in service of the poor.

“Economic Justice for All” made a splash at the time of publication, even prompting a cover story in the New York Times. But the principles issued in the document have faded from the attention of Church leadership and the wider public in the decades since.

Despite this, panel experts noted that the economic challenges addressed in the document – including poverty, unemployment, and unjust global economic relationships – are still relevant today. They mentioned that missing from the document were discussion of the challenges facing working class Americans, both people of color and rural whites, and an analysis of the rising and extreme levels of inequality in the last half-century.

Following in the steps of his recent predecessors, Pope Francis has sought to revitalize conversation about global economic justice in the Church. In 2019, he founded the Economy of Francesco, a movement of young people committed to “giving a new soul to the global economy.” The initiative flows from Francis’ long-standing concern about the structural problems of the global economy. Building on the tradition of Catholic social teaching, he has critiqued “models of [economic] growth incapable of guaranteeing respect for the environment, openness to life, concern for the family, social equality, the dignity of workers and the rights of future generations.”

In his most recent speech to the World Meeting of Popular Movements, Pope Francis repeated that “land, labor and lodging” are key rights that are cornerstones of social and economic justice. The goal of these movements, he says, is to “place the economy at the service of the people in order to build a lasting peace based on social justice and on care for our common home.”

The panelists for the anniversary gathering considered how the conversation about economic justice could be reignited in the U.S. Church. Dr. Meghan Clark, a theologian at St. John’s University, said that key to reinvigorating the conversation would be for Church leaders to heed Pope Francis’ call to spend more time listening directly to people on the margins. “The cry for [dignity of work] we’re hearing louder and louder now,” she said. The conversation “needs to start on the margins,” she concluded.

Read the U.S. Catholic Bishops’ “A Catholic Framework for Economic Life,” summarizing the ten main principles in Economic Justice for All:  https://bit.ly/31AEqeW

Explore the website for the Economy of Francesco movement: https://francescoeconomy.org/