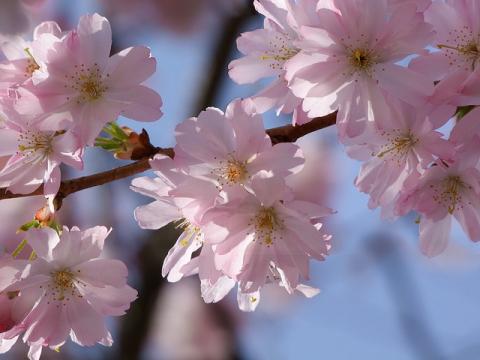 Brazil: Study released on 30 years of land conflicts -- The Brazilian Catholic Church’s Pastoral Land Commission (CPT) recently released a study of 30 years of conflicts in Brazil over access to land, water and worker rights. It found an overall decrease in clashes over the past 10 years due to decreasing poverty rates thanks to an increased minimum wage and other programs like the Bolsa Familia that provide support to low income families.

Mexico: Ending drug violence from bottom up -- April 15 is the anniversary of an unusual and largely unnoticed "citizen uprising" in Cherán, a small indigenous town of 20,000 residents in the state of Michoacán, México.

Guatemala: The violence and the vision -- In this article, Sr. Ann Braudis shares about her recent time in Guatemala, and reflects on where the majority of indigenous and poor people find themselves today.

Africa: Democratic elections -- In 2015, 14 African nations will hold presidential and legislative elections; by the end of 2016, 25 countries will have held elections.

Angola: Detained activists must be freed -- In mid-March, Amnesty International released the following statement on the situation of human rights activists in Angola.

Africa: Concerns about U.S. military policy -- At its April 2015 meeting, in light of President Obama’s summer trip to East Africa, the Washington, D.C.-based Advocacy Network for Africa (ADNA), of which the Maryknoll Office for Global Concerns is a member, adopted a final draft of a statement on several important U.S./Africa policy issues

Myanmar: Cardinal Bo’s message -- Myanmar has seen rays of hope as it moves away from the military junta to a more inclusive, democratic system of government. The Catholic community was given a boost in December 2014 when Pope Francis named Charles Bo the country's first cardinal.

Cambodia: Worker rights abuses in garment industry -- Opportunities for Cambodian workers to share in the prosperity of the garment industry in that country come at the price of exploitation and abuse.

World Bank projects displaced 3.4 million -- “Evicted and Abandoned: The World Bank’s Broken Promise to the Poor” is a global investigation that reveals how the World Bank has regularly failed to follow its own rules for protecting vulnerable populations.

Eliminate detention bed quota for immigrants -- The U.S. has the largest immigration detention infrastructure in the world. The expansion of this system in recent years is partly due to the immigration detention bed quota, policy passed by Congress under which 34,000 immigrants are held in ICE detention at any given time: “. . . funding made available under this heading shall maintain a level of not less than 34,000 detention beds.” This policy is unprecedented; no other law enforcement agency operates on a quota system.

U.S. bishops: “Improve in-country refugee program for minors” -- In a recent press release, the U.S. Conference of Catholic Bishops (USCCB) stated, “The Central American Minors (CAM) program ... which allows children in Honduras, Guatemala, and El Salvador to apply for asylum and humanitarian parole in the U.S. from their home countries, is a tool that helps save children’s lives.”

UN: Reports from CSW59, “Change is coming” -- Held two decades after the 1995 Fourth World Conference on Women, which took place in Beijing, a repeated theme at this year’s Commission on the Status of Women was that, in too many places, not enough progress has been made.