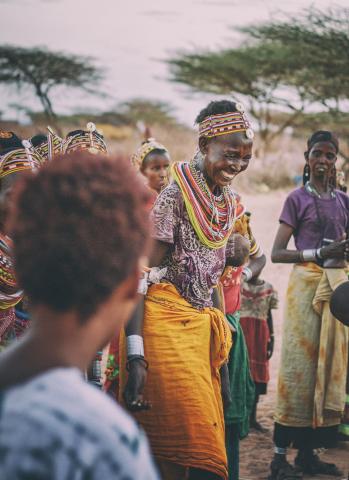 Protecting Dreamers through the courts – The Maryknoll Office for Global Concerns was invited to join the legal effort to keep the Deferred Action for Childhood Arrival (DACA) program alive by writing about the lived experiences of Maryknoll missioners in an amicus brief supporting a case on behalf of 42,000 DACA recipients in the state of New York.

“Bridges, Not Walls”: U.S. Bishops visit Holy Land – The following article is a reprint of a news release by the U.S. Conference of Catholic Bishops on January 30, 2018.

Palestinian peacemaker on U.S. embassy move –  Nora Arsenian Carmi, a Palestinian Christian born just months before Israel was founded, is both a leading peacemaker and refugee in her own divided city of Jerusalem. Educated in Catholic schools and Protestant universities, Carmi is actively involved in Palestinian society as a community organizer and has worked with the YWCA, Sabeel Ecumenical Liberation Theology Center, and Kairos Palestine. Carmi and the Maryknoll Office for Global Concerns work together on the Catholic Nonviolence Initiative, a project of Pax Christi International. We invited Nora Carmi to share her opinion on the Trump administration’s decision to move the U.S. Embassy to Jerusalem.

U.S. cuts funding for Palestinian refugees – On January 16 the Trump Administration sent a letter to United Nations Relief and Works Agency for Palestine Refugees in the Near East (UNRWA) announcing its decision to withhold $65 million from its scheduled $125 million contribution to the agency’s humanitarian programs.

Militarization of the Middle East – The Faith Forum on the Middle East, of which the Maryknoll Office for Global Concerns is a member, was scheduled to send the following letter to all Members of Congress on March 6, 2018.

UN Commission for Social Development 2018 – The following article was written by Maryknoll Office for Global Concerns staff member Sr. Marvie Misolas, MM. Sr. Marvie serves as Maryknoll’s representative at the United Nations where the Maryknoll Sisters and the Maryknoll Fathers and Brothers have consultative status with the Economic and Social Council.

UN: Ten acts for safe global migration – Civil society organizations at the UN concluded their consultations on the proposed “Global Compact for Safe, Orderly and Regular Migration” in December with a 15-page report entitled “Ten Acts for the Global Compact.” The report lists actions needed to ensure that human mobility, envisioned as a normal and inescapable fact of life, will be safe and provide migrants with opportunities for human development. The following are excerpts from the report which has been given to UN member nations participating in negotiations scheduled for February to July 2018.

Pope Francis visits Amazonia – Pope Francis continues to raise the importance of the Amazon region, its indigenous communities and unique natural environment, to the Church and the world.

Colombia: Integral Human Development – Dallana Contreras of Cáritas Colombia wrote the following article about her work with communities defending their land rights against national and international economic interests in the Amazon and Orinoco regions.

Canada: Ombudsperson for extractives industry – On January 17, Canada’s Trudeau administration announced a new ombudsperson to oversee Canadian mining, oil, and gas companies after more than a decade of pressure from Canadian human rights advocates, affected communities, and other organizations in solidarity with communities harmed by Canadian extractive industries.

South Sudan, DRC: Prayer and Fasting for Peace – Pope Francis designated the First Friday of Lent, February 23, to be a day of prayer and fasting for peace for South Sudan and the Democratic Republic of the Congo.

Philippines: Catholics protest threats to life – The Council of the Laity in the Philippines organized its annual “Walk for Life” on February 24 to protest extrajudicial killings and the push to reinstate the death penalty in the country.

Francophone Africa: Solving land grabbing – The following article is adapted from a report by CIDSE, an international alliance of Catholic social justice organizations based in Brussels. The Maryknoll Office for Global Concerns is a member of CIDSE.