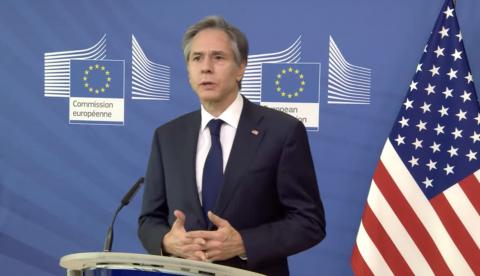 The Maryknoll Office for Global Concerns was one of 95 organizations to sign onto this letter calling on Secretary of State Antony Blinken to name the treatment of the Rohingya in Myanmar as genocide. Read the whole letter here.  This article was published in the September-October 2021 issue of NewsNotes.

We, the undersigned organizations, write to urge you to publicly determine that the state of Myanmar has committed genocide and crimes against humanity against the Rohingya people…

The February 1st coup by the same military that perpetrated abuses against the Rohingya, and the ongoing abuses by the Myanmar military against the Rohingya, other ethnic groups, and the Burmese population in general, only underscore the importance of recognizing the military’s past crimes against the Rohingya for what they are. We have welcomed your attention to the coup and the sanctions measures you have imposed on those responsible. While the coup does not impact the factual and legal basis for a possible genocide determination, it does underscore the importance of the United States speaking forthrightly about gross abuses of human rights when they occur. Such action is critical in sending signals to governments and the Myanmar military, that abusers will be held accountable. Such signals also play a critical role in deterring further abuses.

In the case of the Rohingya, the evidence of genocide and crimes against humanity is clear and convincing and has been amply documented. As prominent legal and human rights experts, including former high-level State Department and White House officials (two of whom are now serving in senior positions in the Biden administration), concluded in a letter in August 2020: “[We] believe the information and assessments produced so far compels the United States, in its capacity as a government and not as a court, to publicly express its view that genocide has been committed and may be continuing against the Rohingya of Myanmar.”