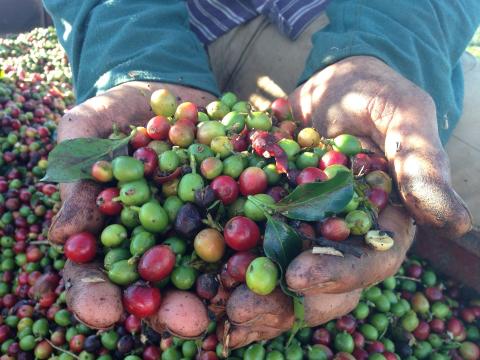 A call to empathy, a call to live in the light – Maryknoll Lay Missioner Maria Montello in Cambodia reflects on the rise in reported hate crimes in the United States.

UN climate change conference falls short – With the latest reports on climate change from the United Nations and the U.S. government sounding alarms, world leaders have failed to rise to the challenge of the climate crisis.

U.S.-Mexico border: Humanitarian crisis – Maryknoll Father Frank Breen reports on his visit to El Paso, Texas in December, where he met up with Maryknoll Father Bill Donnelly of St. Patrick Parish. Together they toured some of the shelters for migrants and refugees.

What is in the ‘new NAFTA’? – A new trade deal between the United States, Mexico, and Canada makes improvements in a few areas but expands corporate rights in others.

Brazil: New president, new concerns – The following article examines the actions of Jair Bolsonaro as president-elect and on his first day as president of Brazil to get an indication of what a Bolsonaro administration may look like.

Uganda welcomes refugees – Uganda is one of the largest refugee-hosting countries in the world. With few resources to offer to more than one million displaced people, Uganda represents a case study for generous refugee-hosting policies.

Philippines: Rays of hope amid the darkness – Loreta Castro, program director of the Center for Peace Education at Miriam College, in Quezon City, writes about the current political challenges in the Philippines.

Resources – Find links to the latest reports on child labor, human trafficking, the cost of a U.S. border wall, and much more.