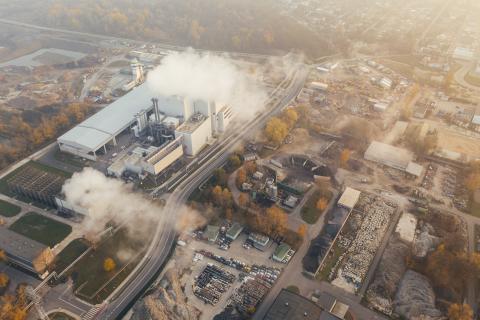 Climate analysts say U.S. and other wealthy countries must pay their “fair share” toward climate mitigation and adaptation given their status as the highest greenhouse gas emitters. The following article was published in the May-June 2022 edition of NewsNotes.

The latest report by the UN International Panel on Climate Change states that to limit global temperature increase to 1.5 degrees Celsius, global greenhouse gas emissions must be halved by 2030 and reach a net of zero emissions by 2050, an enormous challenge that will require significant change in societies around the world. Limiting global temperature rise to 1.5 degrees Celsius is the ambitious target of the Paris Climate Agreement to avert catastrophic effects of climate change.

Within the global climate movement, there is widespread recognition of the need for the world’s wealthiest, most-developed countries to contribute more funding and effort to climate adaptation and mitigation than others, given their larger share of greenhouse gas emissions. In 1992, UN negotiators in Rio de Janeiro coined the term “common but differentiated responsibilities and respective capabilities” to reflect the idea that those responsible for releasing more climate-warming greenhouse gases should correspondingly be responsible for greater reductions in emissions and aid to nations struggling to adapt to climate change.

Given this idea of differentiated responsibilities and capacity, the questions remain of how to calculate each nation’s “fair share” of contribution to climate change mitigation and adaptation efforts and how they will achieve it.

Scientists debate over how to tally each nation’s “fair share.” One question is when to start tallying historical greenhouse gas emissions – at the start of the industrial revolution around 1850, or later in the 20th century, when better data is available? How much should history matter? In the end, in calculating fair share estimates analysts tend to focus more on current data – a nation’s level of income and wealth and its current greenhouse gas consumption – rather than historical greenhouse gas contributions.

Another factor to consider is inequality. Analysts must be careful to measure how inequality within and between countries affects their ability to contribute to adaptation and mitigation today. For example, in calculating fair share estimates, the Climate Equity Reference Project does not count emissions for populations that are below a certain development threshold, as they count these emissions as “basic or survival consumption.”

One organization that measures the United States’ fair share is U.S. Climate Action Network (USCAN). Based on a complicated analysis, the USCAN published a policy brief putting forth an estimate of the U.S. fair share and recommendations for achieving it.

“Virtually everyone in the U.S. climate movement knows that the U.S. has a particularly large responsibility for causing, and thus for solving, climate change,” the USCAN campaign explains. “Yet few have any way of quantifying this feeling…This effort is our first step towards empowering the [climate] movement with a coherent analysis that justifies our demands for massively ambitious domestic action and massively ambitious international support.”

Using data starting from 1950, USCAN’s US Climate Fair Share project estimates that the U.S. fair share of the global mitigation effort in 2030 is equivalent to a reduction of 195% below its 2005 emissions levels. These figures “reflect the true scale of the U.S. climate effort necessary to hold the global temperature rise to 1.5° Celsius, without placing an undue and unjust burden on people around the world living in poverty.” By their estimates, reaching this goal will require, at minimum, that domestic greenhouse gas emissions be cut by at least 70% below 2005 levels by 2030.

In addition, the USCAN estimates the United States will be responsible for helping developing countries  cut their emissions by 125% through financial and technological support. This funding should not be viewed as “aid,” the policy brief states, but rather as the U.S. paying its fair share for addressing climate change. A low estimate of the obligation in monetary terms would be $80 billion per year.

The funding could be drawn from fossil fuel subsidies or the military, for which the United States currently spends, respectively, more than $600 billion and $705 billion annually.

Mottley then called for “an annual increase in the SDRs of $500 billion a year for 20 years, put in a trust to finance the [climate] transition,” adding that $500 billion is “just 2 percent of the $25 trillion” that the central banks have conjured to manage other crises in the last 13 years. Her message was clear: there is enough money to maintain global warming below 1.5 degrees; the question is if there is enough will.