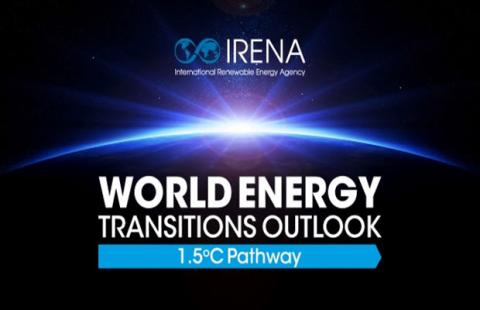 Two recent UN reports offer the most detailed descriptions to date of the technology, investment and policy choices necessary to achieve a sustainable and inclusive energy future. This article was published in the November-December 2021 issue of NewsNotes.

Goal Seven of the Sustainable Development Goals states: “Ensure access to affordable, reliable, sustainable and modern energy for all by 2030,” yet a number of indicators in 2020 showed that the world is not on track to meet these goals: 2.6 billion people use dangerous and inefficient cooking systems that kill millions annually; 750 million people still lack access to electricity; energy production is responsible for 75% of U.S. greenhouse gas emissions; and one-quarter of health clinics in Africa ground to a halt during the pandemic due to lack of power.

At the same time, the demand for energy to meet these goals while also keeping temperature rise below the 1.5C threshold can, at first blush, appear mutually contradictory. Energy-related carbon emissions increased by 1.3% annually between 2014 and 2019; 80% of the world’s population live in countries that are net importers of fossil fuels; and investments in energy transition under the Planned Energy Scenario (PES) fall $2.7 trillion less per year than what is required to keep temperature increase at the 1.5C target.

At the end of October, just prior to the COP 26 Climate Conference in Glasgow, Scotland, the UN issued a report saying that even the updated pledges made by a number of countries would produce only one-seventh of the additional emissions cuts needed to limit total global warming to 1.5C. The newest round of climate promises, known as Nationally Determined Contributions, will result in an increase by the year 2100 of 2.7C (4.86 degrees Fahrenheit), which would put our species in peril, according to the UN Environment Program (UNEP).

The IRENA report states that it is possible to reach the target of only 1.5C increase by 2050 but “[i]nternational cooperation is an essential piece of the global energy transition.” It says that over 90% of solutions will involve renewable energy through direct supply, electrification, energy efficiency, green hydrogen and bioenergy combined with carbon capture and storage. Energy transition investment will need to increase by 30% over planned investment to a total of $131 trillion between now and 2050, but this can result in a cumulative payback of $61 trillion by 2050.

The IRENA report calls for various measures, foremost among them the elimination of market distortions that favor fossil fuels, such as subsidies. It is likewise essential to reform carbon pricing (mainly through taxation) and create incentives for energy transition solutions. There has been a rapid rise in innovative solutions, such as electric mobility, battery storage, digital technologies and artificial intelligence, but these shifts have drawn attention to the need for sustainable exploitation and management of rare earths and other minerals, and investment in the circular economy.

Other measures include new and smart grids that are enhancing the power sector’s ability to cope with the variability of renewables. Nations need to cease investments in oil and gas, and carbon capture and storage may be a transitional solution. Policies should promote resilience, inclusion, and equity, and protect workers and communities affected by the energy transition.

Climate protection will not be the only positive outcome: there will be 122 million jobs created by 2050; gross domestic product (GDP) will have a 2.4% greater increase over the Planned Energy Scenario (PES) by 2030; welfare measurements, such as health, pollution, and impacts of extreme weather events will improve. However, there can be important differences in how benefits are distributed among countries and regions.

The High Level Dialogue on Energy (HLDE) expanded on the IRENA report, bringing together 150 world leaders from government, business and civil society, including a number of Heads of State, resulting in a commitment of $500 billion, with more expected, to implement voluntary commitments called “Energy Compacts,” in order to achieve the Paris Agreement goals by the year 2030. Two realizations spurred these compacts: first, recognition that the multiple climate crises must be faced with urgency; and second, recognition of the global benefits of the “energy revolution” in transitioning to renewable and sustainable energy.

HLDE Co-Chair Achim Steiner said: “What is good for the planet is good for people,” in new ‘green’ jobs, improved livelihoods, and health and survival benefits for both humans and nature.