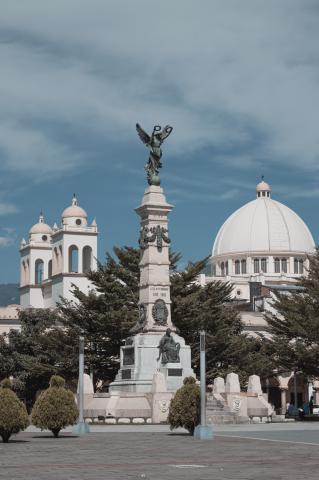 CISPES, the Committee in Solidarity with the People of El Salvador, published English translations of comments by human rights experts in El Salvador on the rights abuses of thousands arrested under the state of emergency to curb gang violence. The following article was published in the May-June 2022 edition of NewsNotes.

On April 25, El Salvador’s Legislative Assembly extended for another 30 days a state of emergency enacted the month prior in response to escalating gang violence. President Nayib Bukele requested a 30-day “State of Exception” immediately after 87 people were killed in gang-related violence during the weekend of March 24-26.

Since enacting the state of emergency on March 27, the Legislative Assembly has gone on to approve a series of measures proposed by President Bukele that allow judges to imprison children as young as 12, restrict freedom of expression, and dangerously expand the use of pretrial detention and counterterrorism legislation.

More than 17,000 have been arrested under the degree, which restricts the right to gather, to be informed of rights upon detention, and access to a lawyer, as well as allows phone calls and emails to be intercepted without a court order.

Here we share excerpts of analysis of the situation by human rights experts in El Salvador (translations by CISPES):

“This is a narrative typical of authoritarian governments, which try to deceive us and convince us that violating the human rights of others is the only thing that guarantees that some good Salvadorans can live in peace.”

“Despite the fact that the government says that these measures are only for 'terrorist' gang members and that no one should feel threatened, military personnel – who are authorized to act on suspicion alone – are combing through poor communities and neighborhoods, searching the pockets of students, and mass arresting real or suspected gang members.”

“[According to Zaira Navas] … children and adolescents are living in ‘a state of fear.’ Armed police and military taking over neighborhoods and violently entering houses … ‘is really terrifying for children. It affects their physical, psychological, and emotional well-being, and it will have long-term impacts, because the image they will remember is the military and the police searching them, recording them, telling them to take off their shirts or pull down their pants.’

“We view with deep concern the State of Exception decreed by Nayib Bukele, which suspends important constitutional guarantees and leaves to his discretion - not to a judicial body - the arbitrary arrests of anyone who demonstrates opposition to the government. This will also be used to repress any public protests….

“[As for our family members who are political prisoners] …being locked up without access to sunlight, air and adequate nutrition are forms of torture that clearly violate international human rights treaties to which El Salvador is a signatory.

“We make a call to the international community and to the diplomatic corps accredited in El Salvador to denounce within their countries the severe democratic rollbacks that are occurring in El Salvador.”

“Organizations like CRISTOSAL, the Foundation for the Study and Application of the Law (FESPAD), the Due Process of Law Foundation, the Human Rights Institute of the University of Central America (IDHUCA) and others have been slandered and attacked on social media.

“According to this misleading rhetoric, [human rights organizations and those advocating for the rule of law] use the discourse of human rights to ‘defend the gangs.’ However, reality points in another direction: substantiated facts indicate that who is protecting gang members is the very government that claims to be fighting them. …

“Instead of spreading false narratives and discrediting civil society organizations, Bukele and his government should call for dialogue on security, renounce mafia deals with criminal groups, implement real public policies, and address the structural causes of violence.”

Faith in action: Tell the U.S. Congress to suspend military and police aid to El Salvador in the FY2023 budget until human rights violations are addressed: https://bit.ly/3KxTJWy