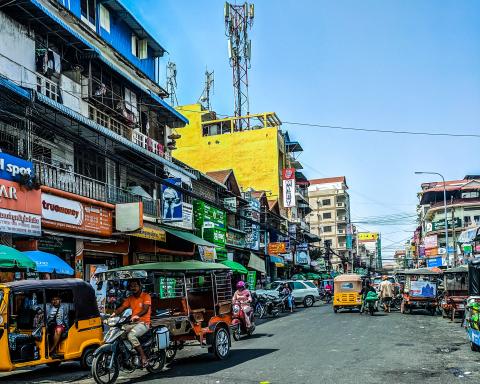 UCANews reported on April 8, 2022 that trafficking of surrogate mothers rose sharply despite travel restrictions imposed to curb spread of COVID-19. The following article was published in the May-June 2022 edition of NewsNotes.

The number of human trafficking cases in Cambodia almost doubled to 359 in 2021 and included surrogate mothers, babies, organ transplants, laborers and sex workers, the National Committee for Counter Trafficking said in its annual report.

“Criminals are choosing human trafficking as a career. They won’t let it go. They are taking advantage of us when we are facing a crisis,” he said.

The report was released one month after a group of 35 civil society groups told the Cambodian government to address the crisis of “forced labor, slavery and torture” after at least five Asian embassies warned its citizens against “such situations” in the country.

Their findings indicated that thousands of people, mostly foreign nationals, had been kidnapped, sold, trafficked or tricked into accepting jobs in Cambodia only to find themselves detained in large compounds and forced to work, often in online scams.

Read the full article at https://bit.ly/3LAlGOM.§