20th Anniversary of ‘Trading in Justice 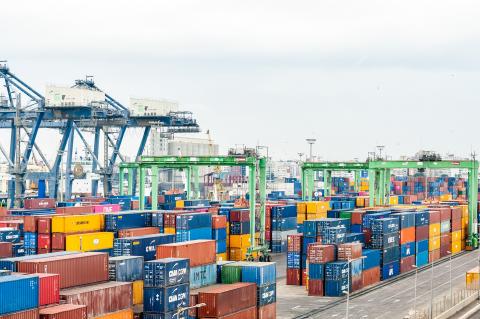 Chloe Noel, Faith-Economy-Ecology project coordinator, reflects on the 20th anniversary of the Maryknoll joint leadership statement on global economic justice. The following article was published in the January-February 2022 issue of NewsNotes.

In March 2002, the leadership of the Maryknoll Sisters, Fathers and Brothers, and Lay Missioners released the joint statement, “Trading in justice: The local impacts of global economic decisions.” The leadership released the statement in response to the powerful impacts of “free trade” policies and institutions, such as the North America Free Trade Agreement and the World Trade Organization, on millions of people living on the margins since their start in the mid-1990s.

Based on the observations of Maryknoll missioners around the world, Maryknoll leadership recognized that there are benefits to trade but they remained skeptical that communities traditionally excluded from economic gains would experience the benefits generated by free trade policies, where goods and services can be bought and sold across international borders with little or no government protections of local people, jobs or the environment from their exchange.

“Time after time we have witnessed the disastrous impact on these [impoverished and marginalized] communities of decisions made in distant or disconnected places,” the leaders wrote. “We see this happening once again as people in increasingly centralized positions of power negotiate trade agreements that place profit and growth before human and environmental well-being.”

In the hyper-globalized world in which we live, their analysis was prescient. Twenty years and many free trade agreements later, we clearly see how free trade agreements have put U.S. and transnational corporate profit over the lives of farmers, factory workers, persons who are ill, women, and Indigenous communities. Not surprisingly, these trade deals are negotiated behind closed doors with significant corporate influence.

One of the goals of free trade is to create a friendly environment for investments. This typically translates into deregulation. But without adequate oversight of complex business interactions, the public is often harmed.

Excessive deregulation since the implementation of NAFTA in 1994 and the establishment of the WTO 1995 contributed to, among other things, the moving of manufacturing jobs from the United States to places with weaker labor laws and lower wages. It also fueled greater economic inequality, human rights violations and unchecked pollution, and it opened new markets for environmentally destructive extractive industries and unhealthy U.S. junk food. It also enabled corporations to campaign against affordable generic medicines and even anti-smoking regulations.

Free trade policies have also made it harder for countries to respond to economic crises, as trade agreements usually limit a government’s use of financial controls to regulate the economy. Within trade agreements, corporations and countries are often given special legal privileges that allow them to sue other governments over efforts to regulate industries or give preference to domestic industries.

Civil society has mobilized for the past three decades to stop harmful free trade proposals, with some success. In 2004, after seeing NAFTA's impacts, an organized social movement working with concerned governments successfully stopped the proposed Free Trade Area of the Americas Agreement. And, in 2016, civil society resistance, combined with presidential politics, prevented the United States from joining the Trans-Pacific Partnership Agreement (TPP), which would have linked economies in the Americas and Asia along the Pacific Rim. Advocates from Maryknoll and other organizations believed the TPP agreement, like its predecessors, would benefit large corporations and harm the environment and the poor.

Thanks to tenacious advocates and policymakers, labor, environmental, and public health protections have gradually improved in trade agreements. For example, the updated North American trade deal (USMCA) makes it quicker to resolve cases of environmental or labor violations, as recently evidenced in a 2021 anti-union case in Mexico. But protective policies still need to go farther.

There are troubling, emerging frontiers in trade that the Maryknoll statement could not have foreseen. For example, some countries are discussing digital trade pacts to deregulate Big Tech rather than addressing real issues such as scams, surveillance of activists, and human trafficking. Civil rights organizations have raised concerns that the digital policies could increase racial profiling. Some people in the Biden administration and Congress see a digital trade pact with Asia to be an alternative to the problematic TPP that would give the United States a foot in the door to counter China’s influence.

Trade impacts all of our lives. Trade should lift all boats and create an economy that is people- and earth-centered. But the current model of free trade has promoted an economy of exclusion and a throwaway culture. It doesn’t have to be this way. Hope can be found in emerging North-South solidarity economies, cooperatives, locally-led conservation and development initiatives, and sharing economies. The U.S. Conference of Catholic Bishops’ Campaign for Human Development, various other Catholic development agencies, and Maryknoll missioners are supporting some of this important work demonstrating that another kind of economy is possible.