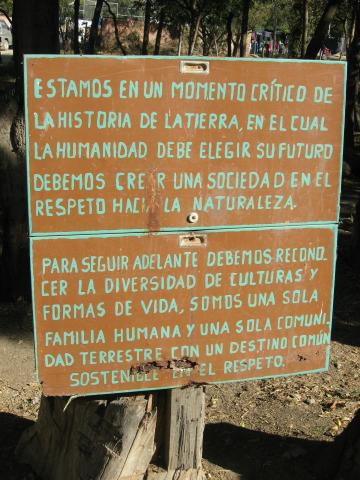 We are at a critical moment in the history of the earth, in which humanity must choose its future. We must create a society where nature is respected. To move forward we must recognize the diversity of cultures and life forms. We are one human family and one Earth community with a common destiny, sustainable with respect.

Economy for a future with fewer natural resources