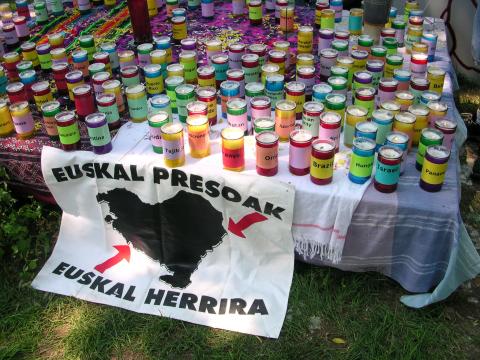 Saturday, June 22, 7am-7pm: The week kicks off with a day long vigil at Lafayette Park across from the White House. Join survivors and friends of TASSC to demand an end to torture worldwide. Meet survivors, their families and hear first hand why torture must be brought to an end.

Tuesday, June 25, 6:30-9 pm: "Healing the culture of torture" Join a discussion and evening with UN Special Rapporteur on Torture Juan Mendez at the Church of the Reformation, 212 E. Capitol Street (located between 2nd and 3rd Streets, behind the U.S. Supreme Court; closest metro stops Capitol South and Union Station).

Wednesday, June 26, noon: Join us in front of the White House at a public witness against torture as we commemorate the International Day in Support of Victims of Torture. Click here to RSVP and to receive more information.

Learn more about Torture Awareness Month and suggested activities at the National Religious Campaign Against Torture and TASSC.