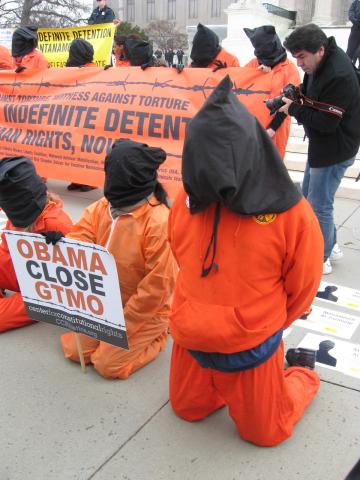 Join Witness Against Torture (WAT) in Washington, D.C. during Torture Awareness Week (June 21-28) and for the trials of WAT members who were arrested in January for protesting in Congress. (The trials will be June 22 and June 25.) Torture Awareness Week is the time when WAT traditionally gathers in support of Torture Abolition and Survivors Support Coalition (TASSC), whose members — torture survivors from all over the world — come together for solidarity and advocacy. The week culminates with the TASSC vigil on Saturday in Lafayette Square in front of the White House. Join all or part of the week.