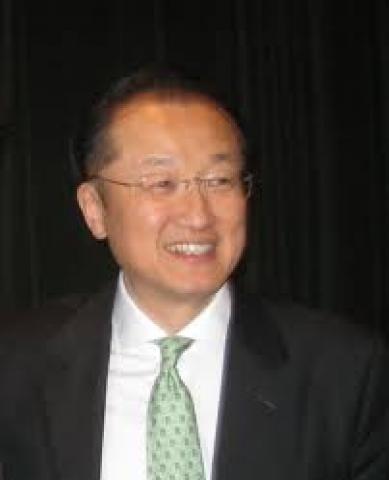 The following article was published in the January-February 2014 NewsNotes.

Since taking the helm at the World Bank in July 2012, Jim Yong Kim has made it clear that avoiding the worst of climate change and helping communities to prepare for its effects will be a high priority for the agency. While the Bank’s goal of ending extreme poverty by 2030, announced in April 2013, has received more press coverage, Kim’s commitment to addressing climate change will mark a larger shift for the organization. Civil society organizations are encouraged by these announcements though they know that the Bank, with its long history of support for fossil fuels and entrenched bureaucracy, is difficult to change.

Kim, a physician and anthropologist, is the first Bank president without a political or financial background. Best known for his work as chair of the Department of Global Health and Social Medicine at Harvard Medical School and as co-founder of Partners in Health, a community-based health program, Kim surprisingly is the first international development professional to lead the world’s largest development agency.

In a January 2013 Washington Post op-ed, Kim lamented the fact that, "[a]s economic leaders gathered in Davos for the World Economic Forum, much of the conversation was about finances. But climate change should also be at the top of our agendas, because global warming imperils all of the development gains we have made. If there is no action soon, the future will become bleak. … Just as the Bretton Woods institutions were created to prevent a third world war, the world needs a bold global approach to help avoid the climate catastrophe it faces today."

Kim laid out three absolute climate priorities: 1) increase the flows of financial assistance and find a way to define "a predictable price on carbon that accurately reflects real environmental costs"; 2) end all fossil fuel subsidies globally; and 3) focus on the largest 100 cities that contribute 67 percent of energy-related emissions and are the most vulnerable to climate change.

Kim has frequently pointed to the irony that while the bulk of greenhouse gases were created in developed countries, developing countries that have contributed little to the problem will bear the brunt of climate change and its costs, and people who are poor will suffer the earliest and the most from its effects.

The World Bank has long financed megaprojects to extract fossil fuels. While there has been a shift in the balance of energy lending during the last five years, the majority of its loans still go to fossil fuel projects, predominately coal. In 2012, the World Bank Group approved a total of $3.6 billion in financing for renewable energy projects. This is a record 44 percent share of its annual energy lending of $8.2 billion. Though activists point out that some renewable sources are cleaner than others. Since 2007, 43 percent of all the Bank’s renewable energy loans went to hydroelectric power projects that displaced thousands of families, usually indigenous, and submerged hundreds of thousands of acres of farmland, creating methane, a powerful greenhouse gas in the process. Less invasive alternatives have received much less funding.

An argument that some in the Bank give in favor of coal and other fossil fuel projects is that, while not clean or renewable, they at least help the poor gain access to energy. Yet a 2010 Oil Change International study of the Bank’s loans found that "none of the World Bank Group’s fossil fuel finance directly targets the poor or ensures that energy benefits are reaching the poor" (emphasis in original). The investigators found "the only targeted end-users indicated for fossil fuel projects are industrial or commercial consumers… [m]oreover, there are no provisions to make either connections available to the poor or energy services affordable for the poor."

In April 2013, 59 development, faith, human rights, community, and environmental groups from more than 20 countries sent a letter to Kim calling on all international financial institutions to stop using public resources to subsidize the fossil fuel industry. They offered a challenge to Kim: "It is time for the Bank to end support for all fossil fuel projects (other than assistance with transition, such as mine closure) unless it can be clearly demonstrated that 1) the project’s sole purpose is directly increasing energy access for the poor, and 2) a full examination of all costs – including damages to public health, welfare, the environment, and the climate – of the proposed project and any new renewable and efficiency alternatives demonstrates that it is the best alternative for delivering energy services to the poor. We believe that you will find few, if any, fossil fuel- based projects that meet these criteria."

Based on Kim’s statements and background, it seems that his heart agrees with this call from society, but will he be able to steer the mammoth World Bank bureaucracy in a new direction?