The work for climate justice will go on 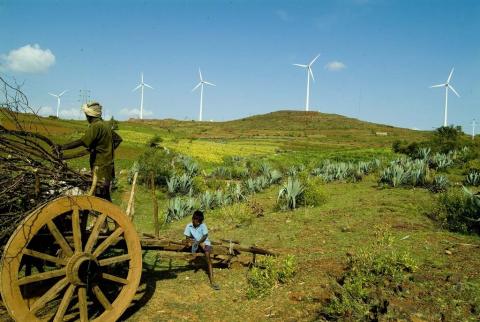 The Maryknoll Office for Global Concerns published the following statement on June 1, 2017.

The Maryknoll Office for Global Concerns is very disappointed that President Trump decided on June 1 to remove the United States from the Paris climate agreement. This global accord signed by nearly two hundred nations is viewed by many as the most realistic plan to protect our common home and impoverished communities that are most vulnerable to climate change. This decision will be felt hardest on communities in developing countries, future generations, and endangered ecosystems.

As Pope Francis said, climate change represents one of the principal challenges facing humanity in our day. For more than a century, Maryknoll missioners have lived alongside marginalized communities that have suffered through violent conflicts, environmental disasters, and economic crises. Maryknoll Missioners are already responding to climate-related emergencies such as the extreme drought in East Africa, hurricanes in Central America, and rising sea levels in Bangladesh.

Through our witness, we recognize that our government has a moral responsibility, as one of the richest countries in the world and one of the largest historical contributors to climate change, to protect all life on earth and to prevent the worst impacts of climate change.

Yesterday, ExxonMobil did more for climate action than President Trump did today. The oil and gas giant passed a shareholder resolution to put the corporation in alignment with the 2ºC warming scenario that 196 countries committed to in the Paris agreement. The shareholder resolution was supported by the Maryknoll Sisters along with other members of the Interfaith Center for Corporate Responsibility and investors worth $5 trillion in assets.

We will continue to both accompany people in climate vulnerable countries and advocate for policies that put us on a path to 1.5ºC or well below 2ºC.