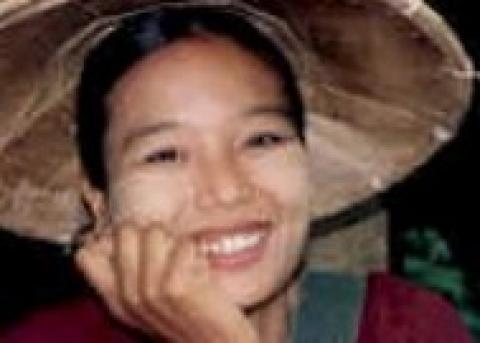 During their meetings in May 2012 at Camp David and in Chicago, the Group of Eight and NATO leaders highlighted women’s rights on their discussion agenda. The following article was published in the July-August 2012 NewsNotes.

At Camp David, President Obama introduced the topic, saying, "We agreed that both, when it comes to economic development and when it comes to peace and security issues, empowering women to have a seat at the table and get more engaged and more involved in these processes can be extraordinarily fruitful. This is something that we will also be introducing during the G20 [held in Mexico in June]."

We recognize that according women full and equal rights and opportunities is crucial for all countries’ political stability, democratic governance, and economic growth. We reaffirm our commitment to advance human rights of and opportunities for women, leading to more development, poverty reduction, conflict prevention and resolution, and improved maternal health and reduced child mortality. We also commit to supporting the right of all people, including women, to freedom of religion in safety and security. We are concerned about the reduction of women’s political participation and fundamental freedoms in the Middle East and North Africa countries emerging from conflict or undergoing political transitions. We condemn and avow to stop violence against the trafficking of women and children.

The NATO Chicago Summit Declaration focused on the role of women in peace building, conflict prevention, and in preventing gender-based violence … The declaration reads:

Widespread sexual and gender-based violence in conflict situations, the lack of effective institutional arrangements to protect women, and the continued under-representation of women in peace processes, remain serious impediments to building sustainable peace. We remain committed to the full implementation of the United Nations Security Council Resolution (UNSCR) 1325 on Women, Peace and Security and related Resolutions which are aimed at protecting and promoting women’s rights, role, and participation in preventing and ending conflict. In line with the NATO/Euro-Atlantic Partnership Council (EAPC) Policy, the Alliance, together with its partners, has made significant progress in implementing the goals articulated in these Resolutions. In this regard, we have today endorsed a Strategic Progress Report on mainstreaming UNSCR 1325 and related Resolutions into NATO-led Operations and Missions, and welcomed Norway’s generous offer to provide a NATO Special Representatives for these important issues.

As noted above, sexual and gender-based violence continues to obstruct true peace in many areas of conflict; in the U.S., one effort to alleviate its effects is the Violence Against Women Act (VAWA). Originally signed into law in 1994, VAWA provided $1.6 billion toward investigation and prosecution of violent crimes against women, imposed automatic and mandatory restitution on those convicted, and allowed civil redress if prosecutors chose to leave a case unprosecuted. This year’s reauthorization was one of the foci of the Maryknoll on the Hill event; participants urged their members of Congress to support a version of VAWA that protects victims of domestic violence who are undocumented. The final version of the bill is still being negotiated.