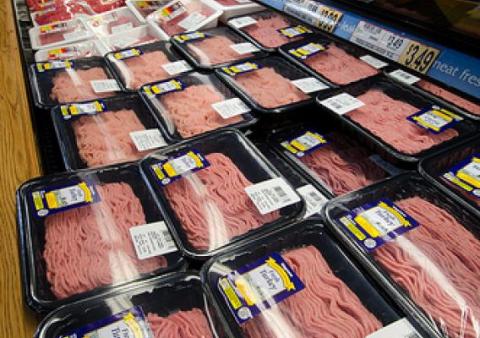 A new multimedia project by Local Futures highlights the variety of illogical and unnecessary trade deals that prop up the global economy and harm local environments and small-scale businesses and farmers. This article was published in the May-June 2019 issue of NewsNotes.

While there are dozens of multilateral and hundreds of bilateral trade agreements already in existence, countries around the world continue to spend millions of dollars to negotiate more such agreements. At a time of worsening climate change and dwindling sources of cheap energy, working to expand the global trade system is a questionable use of time and resources and a new report by Local Futures reaffirms this fact by highlighting the more “insane” parts of trade.

“Just how insane is trade these days?” is the title of a new short film and fact sheet produced by Local Futures, a nonprofit organization best known for their award-winning film “The Economics of Happiness” and publishers of a variety of books, films and other “education for action tools” to raise awareness about the need to shift trade away from dependence on global monopolies, and toward decentralized, regional economies. This new project shows that there is a good deal of unnecessary trade that props up the global economy.

For example, California exports nearly the same amount of almonds and cherries that it imports, and Britain and Australia exchanged 20 tons of bottled water with each other in 2007.  Also, “Mexican calves fed American corn are exported to the United States, where they are butchered for meat, which is then sold in Mexico,” and “African-grown coffee is often packed in India, Canadian prawns are processed in Iceland, and Bolivian nuts are packed in Italy.”

All of this unnecessary transportation has an effect on local environments and climate change. Most freight ships use bunker fuel, the heaviest and most toxic fuel available that emits large amounts of sulfur, particulate matter and greenhouse gases nitrous oxide and carbon dioxide. Globally, shipping accounts for three to four percent of carbon dioxide each year – more than the UK, Canada or Brazil – and the International Marine Organization projects it to grow to 17 percent by 2050.

As ports tend to be located near low-income and minority-majority neighborhoods, it is these people who are most affected by the sulfur and air particulates released by ships as well as trucks being loaded and unloaded, contributing to an estimated 60,000 premature deaths worldwide and costs up to $330b per year from heart and lung diseases.

There are some solutions.

Initiatives to make cargo ships cleaner are advancing. Beginning in 2020, the International Maritime Organization will require that freighters use low-sulfur fuels that will reduce many ships’ emissions by up to 90 percent. Other simple measures such as reducing boat speed and using sails have helped improve efficiency as well.

Yet making international trade cleaner on the margins will not be enough, we must also reduce long-distance trade by removing the many perverse incentives that encourage it. Fossil fuel subsidies, estimated at five trillion dollars annually, make international shipping artificially cheaper. If transporters had to pay the full costs of their fuel, they would reduce their global networks and find ways to produce closer to the point of sale.

The fact sheet produced by Local Futures describes the import/export tax rebates that some countries offer to encourage unnecessary trade. The largest is from China. “China’s value-added tax (VAT) allows businesses to claim tax rebates by exporting their products, while other businesses can then re-import those same products to claim rebates of their own.” The result?  “[I]n most years since 2005, China has imported more from itself than from the United States – despite being the U.S.’s third-largest export market.”

Trade agreements strengthen global corporations against small-scale businesses and farmers, maintaining the differences in pay and regulations that allows international production lines to be profitable. Global corporations profit by exploiting workers in low-wage countries where health and safety regulations are scarce.

International finance is another area that favors international trade over local, as corporations are able to take advantage of tax paradises that charge low or zero taxes.  The NGO New Rules for Global Finance has a number of recommendations based on successful experiences in the Global South for removing these unfair advantages for global corporations.

Instead of subsidizing international trade, governments should encourage local production and consumption. As Missouri University studies have shown, “food grown in the local community is less likely to be disrupted by transportation issues, large scale food-borne illness outbreaks, weather, and high fuel costs.” The New Economy Coalition, of which the Maryknoll Office for Global Concerns is a member, contains many examples of businesses and initiatives working to strengthen local economies.

Faith in action: Explore “Just how insane is trade these days?” at https://www.localfutures.org/