United Nations: Review of the 2030 Agenda 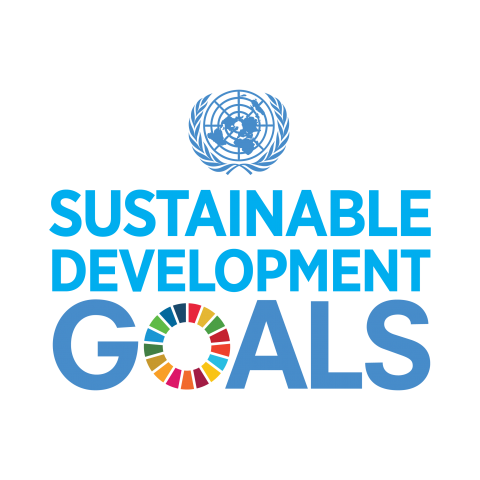 Sister Marvie L. Misolas, MM, NGO Representative to the UN for the Maryknoll Office for Global Concerns, writes about the recent review of six of the 17 sustainable development goals at the United Nations. The following article was published in the September-October 2018 issue of NewsNotes.

Forty-six countries submitted voluntary national reviews showcasing good practices, progress, and challenges in implementing the 169 targets. The two-week meeting highlighted the need to work harder and speed-up efforts to gain momentum and “leave no one behind.”

Liu Zhenmin, the UN Under-Secretary-General of ECOSOC, presented the UN Secretary General’s SDG progress report which noted that there is indeed a decline in the number of those living in extreme poverty. This gain could be lost, he warned, due to climate change, violent conflicts, lack of social protections, rising rates of hunger and gender inequality, pressures on Earth’s resources and its regeneration, decreasing overseas development assistance, and underfunded data collection on SDGs.

Keynote speaker Professor Jeffry Sachs of Columbia University’s School of Sustainable Development said that greed and the vested interests of coal, oil and gas companies are the biggest obstacles to achieving the SDGs. He called on wealthy nations and individuals to be generous and close the financing gap of $200 billion to makes the global goals a reality.

The forum reviewed six of the 17 SDGs:

SDG 6, Clean Water and Sanitation: UN Department of Economic and Social Affairs (UNDESA) reported that 83 percent of people living in situations of conflict lack access to safe drinking water. The UN Security Council is committed to looking into links between water and peace. Some countries named the need  for circular and sustainable water paradigms. Algeria reported that its water stress is compounded by climate change. Many cautioned against water privatization.

SDG 7, Affordable and Clean Energy: Austria, Indonesia and Morocco reported that they each have set a target of 100 percent renewal energy by 2030. Thailand reported that it has achieved universal access to energy. Guatemala cautioned that dependence on biogas will destroy forests. Overall, least developed countries need overseas development assistance to enable technology transfer to renewables. There was also an urgent call for decarbonization and denuclearization.

SDG 11, Sustainable Cities and Communities: UN Habitat, the agency for human settlements and sustainable urban development, described urbanization as a “transformative force” and cities as the world’s economic platforms for production, innovation and trade. The United Arab Emirates reported that Dubai aims to make itself “the happiest city on Earth” with the fourth industrial revolution – digitization. Brazil reported plans to eliminate its housing deficit. Lebanon reported that it faces a challenge in hosting refugees from Syria. Palestine reported on urban destruction and human displacement by Israel. Algiers aims to be the first African capital without slums.

SDG 12, Responsible Consumption and Production: UNDESA looked at the relationship between extractive industries in developing nations and the unsustainable levels of production and consumption per capita in the developed world. Peter Thomson, the UN Special Envoy to the Ocean, said that SDG12 is the heart of 2030 Agenda while others described the transition to sustainable consumption and production as very slow. Finland encouraged moving to a circular economy while Poland recommended promoting traditional knowledge of indigenous people.

SDG 17, Partnerships for the Goals: The Organization for Economic Cooperation and Development reported a global decline in overseas development assistance for the first time since 2012. There is a consensus for better debt management monitoring and a call for the countries to fulfill their commitments. South Africa warned that some innovative sources of finance will result in further indebtedness.

In summary, there is an urgent need for robust financing of the SDGs and for wealthy countries to deliver their aid commitments to meet the 2030 timeline.