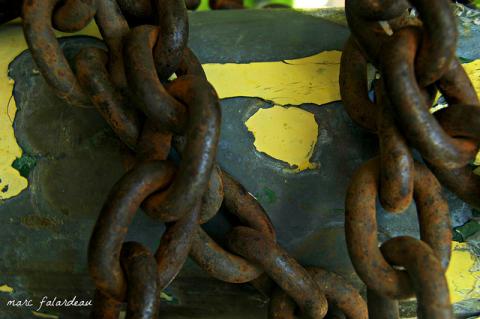 The following article appeared in the May-June 2013 issue of NewsNotes. Photo by Marc Falardeau.

On March 25, the international day of remembrance of the victims of slavery and the transatlantic slave trade, the United Nations organized a series of events that reminded the world of the slave trade that raged for 400 years and claimed the lives of millions of people. On this occasion UN Secretary General Ban Ki-moon exhorted the world "never to forget this global crime against humanity … the torture, rape and killing of innocent men, women and children, the families that were separated, the lives that were uprooted, and the horrific conditions on slave ships, plantations and at slave markets."

According to UNESCO, "The transatlantic slave trade is often regarded as the first system of globalization. … [It] was the biggest deportation in history and a determining factor in the world economy of the 18th century. Millions of Africans were torn from their homes, deported to the American continent and sold as slaves. … [Often] known as the triangular trade, [it] connected the economies of three continents. It is estimated that between 25-30 million people, men, women and children, were deported from their homes and sold as slaves in the different slave trading systems. In the transatlantic slave trade alone the estimate of those deported is believed to be approximately 17 million. These figures exclude those who died aboard the ships and in the course of wars and raids connected to the trade.

"The trade proceeded in three steps. The ships left Western Europe for Africa loaded with goods which were to be exchanged for slaves. Upon their arrival in Africa the captains traded their merchandise for captive slaves. Weapons and gun powder were the most important commodities but textiles, pearls and other manufactured goods, as well as rum, were also in high demand. The exchange could last from one week to several months. The second step was the crossing of the Atlantic. Africans were transported to America to be sold throughout the continent. The third step connected America to Europe. The slave traders brought back mostly agricultural products, produced by the slaves. The main product was sugar, followed by cotton, coffee, tobacco and rice."

The appalling transatlantic slave trade was not just perpetrated by foreigners but was facilitated by fellow Africans who were instrumental in capturing and selling other African people. Tribal and regional divisions among peoples made it possible to depersonalize "the other" who was then perceived as an object to be used. The precarious journey and the dangers they confronted took the lives of the many people who had been stripped of their identity, piled into ships and transported under inhumane conditions. Many were thrown overboard and drowned in the oceans. Those who survived were marketed to plantation, mine and factory owners. Indeed the global economy highly benefited from the labor of slaves, who were treated like any other commodity, bought and sold or disposed of easily.

Of course, despite the fact that the transatlantic slave trade has ended, slavery in the form of human trafficking continues to thrive. Its victims are among those who are most vulnerable, deceived by the promises of better jobs and better living conditions. Women and children are used as objects when they are trafficked into prostitution; migrant workers are lured to foreign lands through the promises of better paying jobs and a better future.

Using people as means and not as ends in themselves not only constitutes modern day slavery, but also violates universally acknowledged human rights. Progress that uses people as commodities is liable to collapse because it lacks the reason for its existence, the wellbeing of all human beings. We are motivated to act towards a world that is free from all forms of slavery not only due to the remembrance of the emancipation of past slaves, but also because modern slavery still exists.

In April, the Advisory Committee of the White House Faith-based and Neighborhood Partnerships released its recommendations for combatting human trafficking. The 40-page report, Building partnerships to eradicate modern-day slavery, is available in PDF format on the White House’s website, and lists 10 specific program recommendations that the federal government should implement, including that all federal government suppliers and contractors be required to abide by guidelines that ensure that their goods and services are slavery-free, and that a new corps of volunteers be created specifically to provide capacity to help map and coordinate local responses to human trafficking.