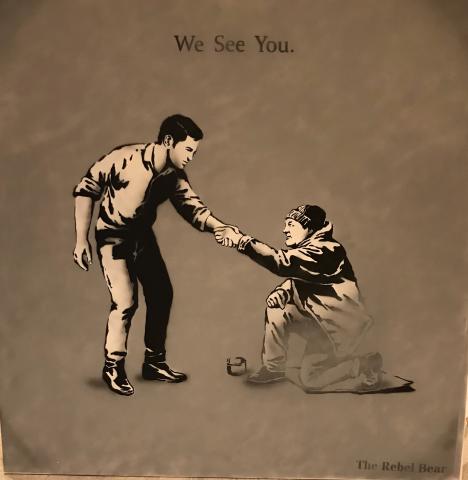 An international gathering at the United Nations in February focused on the issue of homelessness, which was the first time the issue of homelessness has been addressed in the history of the UN. This focus on homelessness at the 58th Session of the Commission on Social Development was fitting given that the gathering also used the slogan “Everyone Included” in honor of the 25th anniversary of the Copenhagen Declaration, a landmark document that placed social development and human well-being at the heart of the UN’s work for development. In work for social development, homeless people are often forgotten. The decision to focus on this issue was the result of years of preparation and advocacy by experts on homelessness.

Presenters at the gathering highlighted the relationship between increasing inequality around the world and the increasing exclusion of vulnerable people in many societies. The trends named in a progress report by the UN Secretary General include the increasing income gap between the rich and the poor in many countries, the increasingly uneven distribution of wealth, and the disparity in power between wealthy and impoverished countries. The conference presenters noted that one of the indicators of this extreme inequality is the increasing incidence of homelessness in many societies. According to the 2019 Pope Francis Global Poverty Index, a multi-dimensional poverty index published by Fordham University, in 2016 over 26 percent of the global population (or 1.9 billion people) lacked adequate housing. According to the National Center for Homeless Education, the number of homeless students in the U.S. in 2017-2018 reached 1.5 million, the highest number in history. 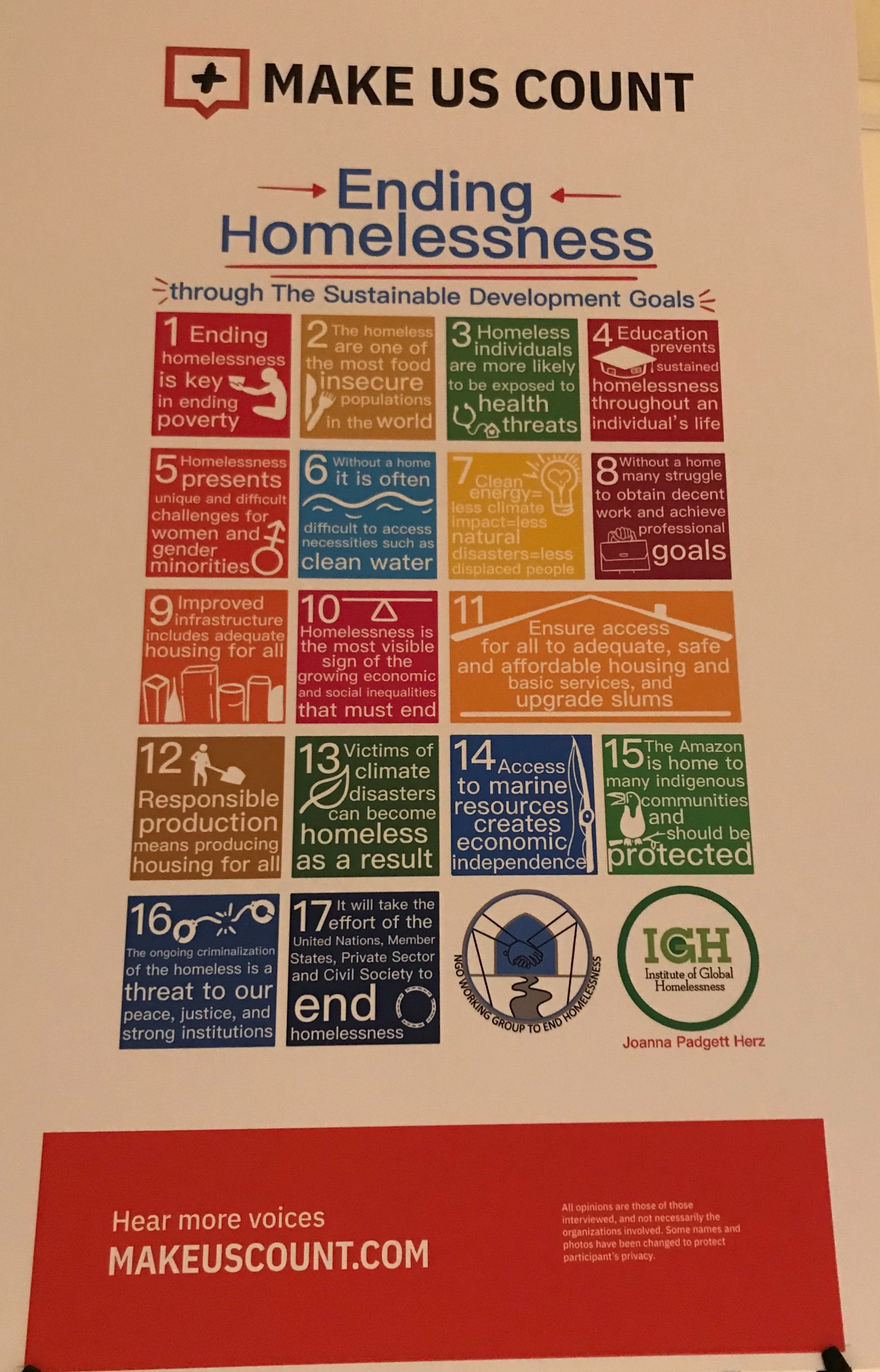 Although the right to adequate housing is included in the Universal Declaration of Human Rights, member states at the UN struggle to find a single definition of homelessness. It is a manifold issue with a variety of social and economic factors, and its causes and appearances are different in each society. Without defining homelessness, governments struggle to create and implement policies to address and end homelessness. The lack of a single definition also results in difficulties for collecting data on homelessness.

At the gathering it was acknowledged that a lack of housing also has a myriad of other social and economic consequences. The progress report by UN Secretary-General Antonio Guterres acknowledges that “homelessness is not merely a lack of physical housing, but is also a loss of family, community, and a sense of belonging. It is a failure of multiple systems that are supposed to enable people to benefit from economic growth and lead a safe and decent life.” The report also suggested a working definition of homelessness as “a condition where a person or household lacks habitable space with security of tenure, rights, and ability to enjoy social relations, including safety.” This was a definition that had been proposed by an expert group on homelessness that met in Nairobi in May 2019.

While several countries at the conference showcased their policies and approaches to ending homelessness at the February gathering, only a few have consistently managed to reduce the number of people lacking housing. For example, Finland’s “housing first” policy is an example of a successful, holistic approach to helping those who have experienced homelessness by combining housing subsidies, social protection and health care benefits, as well as other supportive services. Finland’s system is designed to prevent individuals and families from becoming homeless again after an initial intervention. More than a dozen U.S. cities operate “housing first” programs as well.