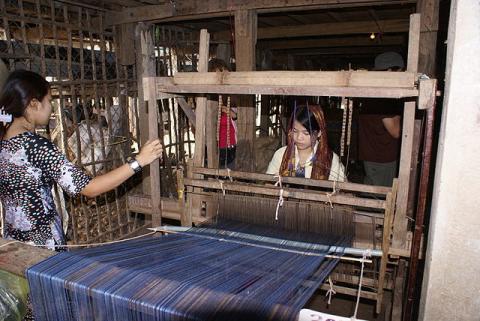 The following article, published in the January-February 2016 issue of NewsNotes, examines the text of the Trans Pacific Partnership (TPP) trade deal, which has the potential to affect the lives of millions of people in 12 countries.

On November 4, the text of the TPP trade deal, which has been negotiated in secret for the last six years, was finally released. It contains many of the same provisions that have compelled the Maryknoll Office for Global Concerns to oppose past trade deals, though in some areas there are improvements. In other areas, the negotiators have reverted from past agreements and failed to meet the standards set in the bipartisan May 10, 2007, agreement between the George W. Bush administration and the U.S. House of Representatives that was the foundation for some gains in agreements with Peru, Colombia, Panama, and South Korea.

The TPP will limit access to affordable medicines due to restrictions on biologic drugs (often live cultures and used to treat life-threatening conditions such as AIDS and cancer). There will be a five-year period of data exclusivity on biologics before companies can access the data and begin developing generic versions. The TPP will also include 20-year patent extensions on any change to the formula, such as from a pill to a liquid gel cap.

All participating countries will be expected to have the same standards on medical patents after a certain time period, although it is unlikely that the standard of living in some of the countries will rise within the time frame in order for its citizens to afford brand name medications.

The TPP also allows foreign corporations to sue countries for lost profits if they perceive a threat to their investments, such as when El Salvador imposed a mining moratorium and Australia and Uruguay passed a plain packaging law on cigarettes. These lawsuits, enabled by the controversial investor-state dispute settlement mechanism (ISDS), can have a chilling effect on regulation in countries with similar laws or proposals. It can weaken rule of law and the principle of subsidiarity. Also, ISDS only allows corporations to sue. There is no way for affected communities to sue corporations under this provision or to even file a formal grievance.

The agreement immediately places Vietnam, Brunei, and Malaysia on questionable labor action plans (LAPs) due to anti-union crackdowns, human rights violations, and trafficking respectively. However, based on the experience of the implementation of the LAP in Colombia, it is unclear if the LAP can be fully enforced. Colombia continues to have a high numbers of threats against workers who try to form unions as well as assassinations of union members.

Unfortunately, trade negotiators were not able to secure a labor action plan for Mexico, despite an increase in violence, human rights abuses, and labor violations in recent years.

There is concern that the TPP could increase income inequality and hunger in rural areas due to an increase in export of genetically engineered seeds. In 2014, the U.S. trade representative threatened to withhold development aid in an attempt to undermine El Salvador’s food security program that allowed farmers to save seeds. If the TPP forces farmers to purchase genetically engineered seeds, they could become trapped in a cycle of poverty. At the same time, the TPP does have some protections to promote local and regional food procurement for the first time, which is an improvement.

The Maryknoll Office for Global Concerns, through the Interfaith Working Group on Trade and Investment, will share more of what is inside the TPP trade deal in a webinar in late January. Register for the series at maryknollogc.org.

Photo: A woman at a weaving loom near Chau Doc, Vietnam. Photo by Alex Ch. from Zurich, Switzerland / Licensed CC BY 2.0