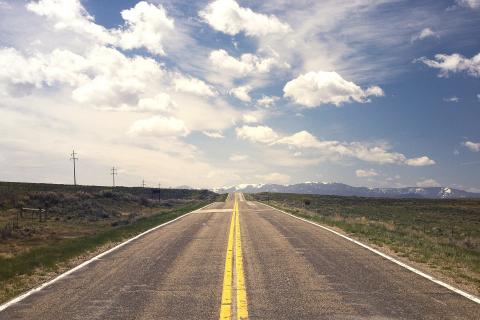 The new U.S. Mexico Canada Agreement (USMCA) offers a few improvements but falls short of expectations for many groups, including some unions and environmental activists. The following article was published in the January-February 2020 issue of NewsNotes.

On December 19, the Trump Administration’s U.S. Trade Representative and the House of Representatives came to an agreement on Democrats’ requested changes to the new North American Free Trade Agreement, now known as the U.S. Mexico Canada Agreement (USMCA). The House passed the deal on December 19 with 385 votes to 41. Just two Republicans voted against the deal. The Senate has not yet passed the bill.

Both Democrats and Republicans are hailing the deal as a 21st century agreement and a template for future trade deals. Trade justice advocates are divided on their support for the USMCA, but most agree on one thing: this agreement falls short of being a model for progressive, 21st century trade agreements.

The Interfaith Working Group on Trade and Investment, of which MOGC is a member, prioritized advocating for the inclusion of strong and enforceable environmental and labor standards and climate action. The Working Group also advocated for the exclusion of special rights for corporations and heightened barriers to access of life-saving medicines. While lawmakers made some improvements, they did not take full advantage of this once-in-a-generation opportunity to fix an unjust economic model. The following is a rundown on some of the outcomes.

For the first time in two decades, the largest federation of unions, the AFL-CIO, supported an international trade deal. Some AFL-CIO-affiliated unions dissented, expressing disbelief that the deal will stem the tide of job outsourcing as promised and disappointment with the lack of strong enforcement measures against labor violations.

The agreement requires Mexico to pass labor reforms that make it easier for workers to form unions and that prevent labor violations. The agreement will also allow inspectors to visit manufacturing plants in Mexico where suspected labor violations are occurring and halt the shipment of products produced in these facilities if the company is violating labor standards. Over time, unions hope these measures will raise wages in Mexico and reduce job outsourcing. However, many unions do not believe that jobs lost to international outsourcing are ever coming back, especially due to other policies such as the 2017 tax law, which encourages the outsourcing of jobs for corporate tax breaks. The deal will also do nothing to prevent anti-union laws in the United States.

The original Trump Administration agreement would have expanded patents on new classes of drugs called biologics, which treat life-threatening illnesses, such as cancer, making these drugs more difficult to access for many people. Thanks to grassroots advocacy and Congressional champions, like Representative Jan Schakowsky, the bipartisan agreement removed these new provisions and prevents companies from reformulating a drug to extend the patent life.

Reigning in the rights of corporations

One positive change to the agreement is the near elimination of the “Investor-State Dispute Settlement” mechanism that allows corporations to sue governments when they think their investments are under threat or treated unfairly. Corporations have used this mechanism to evade environmental, health, and other laws that protect the common good. This mechanism was eliminated for every industry except the oil and gas industry. Representatives for those industries fought hard to keep the provision.

On a positive note, the agreement eliminated a policy between the U.S. and Canada that required each country to export equal amounts of oil and gas to each other, a policy which could have driven up oil and gas consumption in the long term. However, the deal also makes it easier for Canada to export tar sands through the Keystone XL pipeline.

The deal added environmental enforcement mechanisms similar to the labor enforcement provisions. However, it did not create an independent body with the capacity to investigate cases of environmental injustice and make binding decisions.

While some improvements were made, this is not the transformational trade policy that MOGC and the broader trade justice movement seeks.